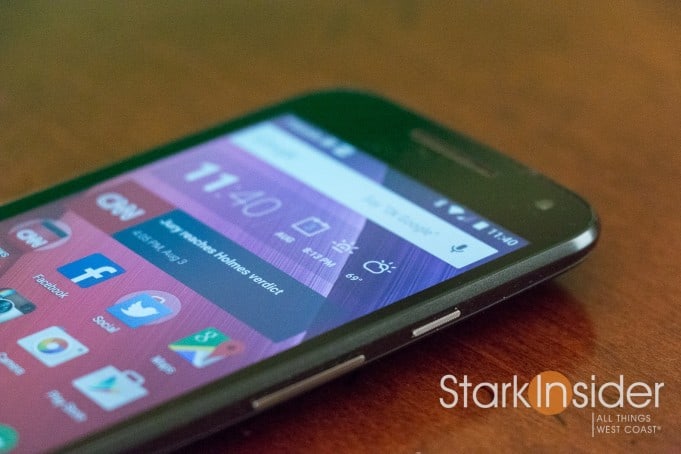 Analysts expect Cyber Monday sales to hit $3 billion, up 14% y/y. If that comes true — and all indications suggest consumers are buying today like stark-raving dogs — then it will be the largest online sales day ever.

All told, it looks like the holiday shopping weekend should come in at over $11 billion (US) in sales.

This is good news for retailer who typically use Black Friday and Cyber Monday to gauge consumer demand heading into the all-important Christmas season.

Given the juggernaut that is Star Wars, The Force Awakens (opens December 18, 2015) merchandising spin-offs and campaigns could produce even more retail foot traffic, both real and virtual.

The report does come as a slight surprise to me. I’ve been reading that spending had waned this year, and that consumers were scoffing at limited discounts, and generally poor “deals”. That sentiment seemed consistent with what I was seeing. Anecdotal examples:

— the Moto 360 smartwatch which is now about 18 months old (i.e. an eternity) was “discounted” today by Motorola to “just” $149. Nice. But that’s the same price Amazon has been selling it for several weeks, if not months.

— Google’s high profile Nexus 5X, a new flagship phone introduced a few months back to generally positive reviews, was discounted by $80, down to $299. That’s about a 21% discount. Not bad. But, again, not the kind of earth shattering deal we’d expect to see people line up around the block for.

— and the Apple Watch? The best I saw was a $50 discount. That came with strings attached (purchase of a phone, for example). Not so great.

— cameras? I’ve been shopping myself for a small, mirrorless camera when I don’t want to be encumbered with my full-size Canon 70D DSLR. There are a few deals (mostly bundles including lenses, memory cards, bags), but, again nothing to make me jump up and sing Sweet Dixie. The Sony a6000 was a good suspect. Introduced in 2013, the mirrorless wonder features an APS-C sensor, and shoots outstanding images, and can be had in a bundle for about $550. Pretty good — but by my estimation about the same as what the camera was selling before Black Friday.

Next online shopping milestones: Dec. 7 (for last minute gifts), Dec 14 (to get items shipped in time)

Everybody Loves their Phone

In the end it looks like mobile phones drove most traffic.

Phones are the new PCs. Apple has a strong line-up up relatively new, well-regarded models (iPhone 6S and 6S Plus). Google refreshed its esteemed Nexus line-up with some strong devices made by LG and Huawei (Nexus 5X and 6P). And, low-cost Android models made by the likes of Motorola (Moto G), BLU (BLU Studio C), Alcatel OneTouch (Idol 3) and Asus (ZenFone 2) give consumers of all budgets lots of choice, and motivation to upgrade aging handsets.