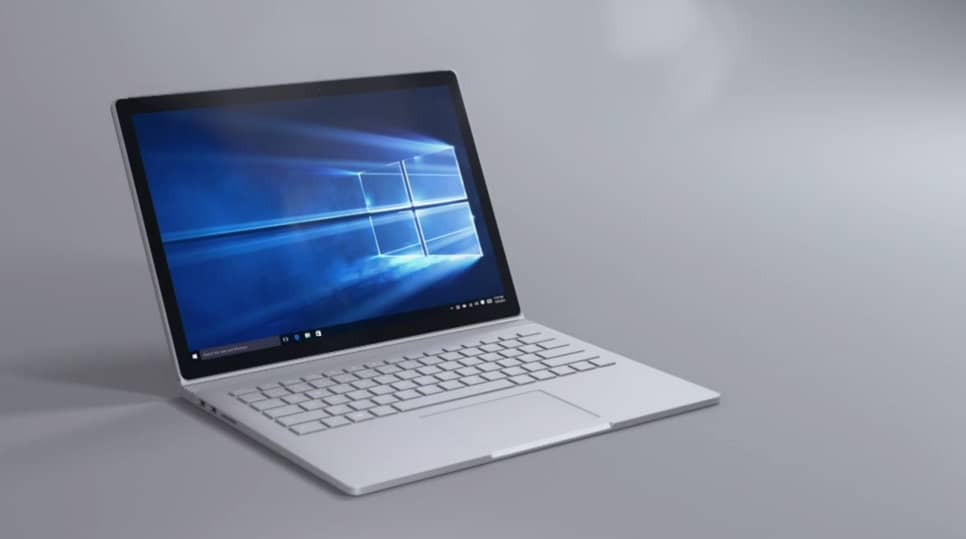 Microsoft has reinvented the laptop. And it looks pretty spectacular.

It’s called the Surface Book, and features a 13.5-inch screen, and backlit keyboard.

Priced at $1,499 the real trick is it something called the “Dynamic Fulcrum Hinge.” Like an articulated bus, the beautifully engineered hinge enables the screen to tilt at any angle, including to a complete flat 180-degree position — could be ideal for collaborative situations.

And, then, the show-stopper.

Off pops the display, and — a la iPad Pro — you have an uber-sized tablet with a gorgeous display.

Unlike the iPad, though, Microsoft armed the Surface Book with an honest-to-goodness physical keyboard — which makes it a progressive and believable attempt at reinventing the modern-day definition of the laptop.

Other specs revealed at the announcement this morning:

The Surface Book looks like something that could (should) have come from Apple. Including that price. $1,499 (USD) is hefty. Then again, this is a gorgeous, plus-sized tablet and a full-blown laptop replacement, without compromise. Kudos Microsoft.

If you were considering a MacBook of some form, this snazzy Microsoft surprise just added a little drama to that decision. Microsoft says the Surface Book is twice as fast as the MacBook Pro. Given that Windows 10 has righted the ship, all of a sudden a powerful hybrid laptop offering from Microsoft actually feels (and definitely looks) like credible competition.

In addition to the Surface Book, Microsoft also announced these new products:

Microsoft is taking preorders for the Surface Book beginning Oct. 7, with shipments expected by the end of this month (Oct. 26 we’re told).