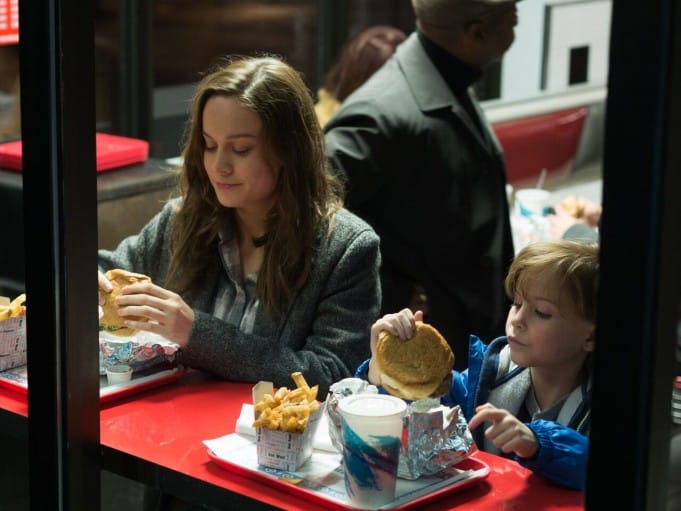 Just some of the actors and directors that will be on hand for the 38th edition of the Mill Valley Film Festival.

MVFF organizers revealed the full schedule which features a mix of film screenings, panels, “Spotlights” and tributes. In addition, as in years past there will be a strong music component. Nine evenings at the landmark Sweetwater Music Hall will feature live music including rock, pop, folk, swing and roots.

MVFF38 — a non-competitive festival — runs October 8 – 18, 2015 and is presented by the California Film Institute.

Venues include the Christopher B. Smith Rafael Film Center in San Rafael, and the CineArts@Sequoia and Throckmorton Theater in Mill Valley, in addition to several other locations across the region.

If that wasn’t enough for one evening, Heart Like a Hand Grenade, a look at local band Green Day and the making of their (amazing, epic) album American Idiot, will enjoy its world premiere. I’m very much looking forward to this one.

Comedian/actor/writer Sarah Silverman will receive a “Spotlight presentation” which will include the screening of her latest film I Smile Back. Oct. 9.

Carey Mulligan (Drive) will also receive a Spotlight, along with a presentation that will include clips from Suffragette. Oct. 17.

Tributes and special screenings include:

With Suffragette, women and the fight for the right to vote is the theme for closing night. The film stars Carey Mulligan, Helena Bonham Carter, and Meryl Streep. Strong women? I’d hazard a yes on this one.

And there’s a whole bunch more… this is a film festival you can really sink your teeth into. See below for full line-up and details.

If you’ve never been to the Mill Valley area (located just North of San Francisco) you’re in for a treat. This is relaxed, welcoming place with a small town vibe. Hanging out, socializing, and running into old friends is no doubt half the fun.

Stark Insider will once again be on the ground covering all the action at Mill Valley Film Festival.

Be sure to subscribe to the Stark Insider YouTube Channel to see the latest clips, interviews, and red carpet happenings.

Also featured on the first night of MVFF38 is the World Premiere of Heart Like a Hand Grenade, an intimate look at Bay Area based rock group Green Day recording their album American Idiot.

SPOTLIGHT | Sarah Silverman
The Mill Valley Film Festival is pleased to honor actress/comedian/writer Sarah Silverman with a Spotlight presentation. The event features a screening of her latest film I Smile Back and will be followed by a live on-stage conversation and presentation of the MVFF Award. In the film, Silverman gives a career-defining performance as a woman in a downward spiral of reckless hedonism seeking a chance for redemption.
Friday, October 9 at 7PM at Christopher B. Smith Rafael Film Center
Spotlight followed by Reception at 9PM at Pizza Antica

TRIBUTE | Catherine Hardwicke
Director Catherine Hardwicke (Twilight, Thirteen, Tank Girl) will be honored with a Tribute which includes a special screening of her latest film Miss You Already, starring Drew Barrymore and Toni Collette as two life long friends who are put to the test when one starts a family as the other falls ill. Following the screening will be a live on-stage conversation with Catherine Hardwicke and presentation of the MVFF Award.
Saturday, October 10 at 7:30PM at Christopher B. Smith Rafael Film Center
Tribute followed by Reception at 9:30PM at Tiburon Tavern

TRIBUTE | Ian McKellen
Sir Ian McKellen’s lauded career spans decades and genres, garnering countless awards and honors. A celebrated thespian of stage and screen, he has delivered commanding performances in everything from Shakespeare to The Lord of the Rings Trilogy to the popular X-Men series, most recently inhabiting the quintessential role of Sherlock Holmes in Mr. Holmes. A passionate advocate for equality, McKellen admirably utilizes his role in the media to champion the rights of all.
Sunday, October 11 at 7PM at Christopher B. Smith Rafael Film Center
Tribute followed by Reception at Il Fornaio

CENTERPIECE | Barbet Schroeder
For the Centerpiece Presentation, acclaimed Iranian-born, Swiss based filmmaker Barbet Schroeder will be in attendance for his latest film Amnesia. A protégé of French New Wave masters Jean-Luc Godard and Jacques Rivette, Schroeder’s latest film follows a young music composer who travels from Berlin to Ibiza in the hopes of becoming a DJ at a nightclub. While there, he befriends an older German woman living on the island in solitude.
Tuesday, October 13 at 7PM at Christopher B. Smith Rafael Film Center
Centerpiece followed by Reception at 9PM at Il Davide

SPOTLIGHT | Brie Larson
The Mill Valley Film Festival presents the California Premiere of Room, which will be accompanied by a Spotlight on star Brie Larson, and a presentation of the MVFF Award. Larson has built an impressive career as a versatile young actress with her work in such films as Short Term 12, Trainwreck, The Gambler, The Spectacular Now, 21 Jump Street and Rampart. InRoom, Larson stars as Ma, a mother who has raised her son in a single room his entire life.
Wednesday, October 14 at 7PM at Christopher B. Smith Rafael Film Center
Spotlight followed by Reception at 9PM at Green Chile Kitchen

TRIBUTE | Marcel Ophuls
Oscarâ Winning Documentary filmmaker Marcel Ophuls will receive a special Tribute at the festival in recognition of his 60 plus years in the film industry. His documentary Hotel Terminus: The Life And Times Of Klaus Barbie won an Academy Awardâ for Best Documentary Feature. As part of the Tribute, the festival will screen his Oscarâ nominated documentary The Sorrow and The Pity and his filmed autobiography Ain’t Misbehavin’.
Thursday, October 15 at 7PM at Christopher B. Smith Rafael Film Center
Tribute followed by Reception at 9PM at Il Davide

SPOTLIGHT | Carey Mulligan
Academy Awardâ Nominated actress Carey Mulligan will be presented with a Spotlight program which will feature an on-stage conversation, a clip reel of her many film roles (An Education, Drive, Never Let Me Go, Shame, The Great Gatsby), clips from her latest film Suffragette, and the presentation of the MVFF Award.
Saturday, October 17 at 6PM at Christopher B. Smith Rafael Film Center
Spotlight followed by a reception at 9PM at Frantoio Restaurant

Mind the Gap – Women, Work and Film | MVFF’s Women’s Initiative
MVFF takes its longstanding commitment to women filmmakers one step further in a festival-wide focus on inspiring women in film. Screenings and onstage conversations with directors, producers and actors; big nights (Spotlights on Sarah Silverman, Brie Larson and Carey Mulligan, Tribute to Catherine Hardwicke); stories driven by female characters (including an inter-generational classic, The Wizard of Oz); docs addressing inequalities and issues (CODE: Debugging the Gender Gap; La Prenda/The Pawn); panels (Dr. Stacy Smith of USC’s Annenberg School returns to MVFF38 to report on her newest research) and educational screenings are all being curated with a view to raising awareness and celebrating women’s work.

The Saga of Ingrid Bergman | An Exhibition Honoring the Centennial of Her Birth
An exclusive exhibition from Sweden will celebrate the magnificent, three-time Oscarâ winning actress Ingrid Bergman on the centennial of her birth. Consisting of 30 photographic prints and a multimedia installation, the exhibition chronicles the path of Bergman’s remarkable career. After its exhibition at the Embassy of Sweden in Washington, D.C., the Mill Valley Film Festival will host its sole additional presentation in the United States prior to its return to Europe.
Friday, October 9 – Thursday, October 22 at 1020 B Street in San Rafael