Most wine vets looking to enjoy their next move after a long, successful, and in this case eclectic, career might open a tasting room downtown Santa Cruz. Or, create a vanity label named after their dog. Or, I don’t know, maybe start a band.

If you’re the original Rhone Ranger, your next venture need be bold, kind of weirdly complicated and hard to describe, and, yes, eclectic. Announced today, his estate vineyard project consists of:

In addition, Grahm, who must be one of the wine world’s most impressive and successful marketers (Jean-Charles Boisset, aka “Agent 69,” would certainly be on that list too) has pulled out all the stops for this project. He’s hired a PR firm that issued the release today. A video describing the campaign was also published a few days ago on YouTube. And, a logo: 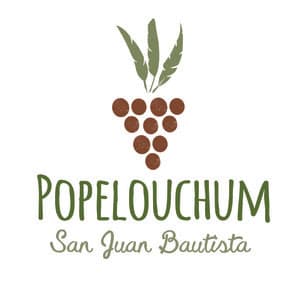 To establish a “living lab” to breed new grape varieties. Ultimately, it seems his ambition is to discover a Grand Cru in the new world, a feat which if achieved would be no doubt historic. Indeed, go big or go home.

“This initiative with its innovative methodology is intended to create a powerful model of true sustainability for the California wine industry,” he says.

Ultimately, it seems his ambition is to discover a grand cru in the new world, a feat which achieved would be no doubt historic.

Under his model there would be fewer of the inputs used in traditional vineyard operations. Per the release those inputs include things like “fertilization, irrigation, denser vineyard plantations, and highly productive vines.”

Others too have weighed in on Grahm’s project, both favorable, and… well, and Hosemaster-ish:

My understanding is that this will be part academic, that findings will be shared with local schools (UC Davis?). A grass-roots community will be fostered as will a spirit of sharing and learning. The project will be formed as a 501(c)3 non-profit. In a sense, it sounds to me almost like equivalent of an open-source project we might find here in Silicon Valley. Incidentally, I’d like to name my grape “Android Clint”.

Thanks to @starkinsider for kind mention. Indeed, this is a doon or die proposition. https://t.co/Z3Qfpul32J

If the campaign is successful (it’s already at 5% and appears to ratcheting up well, but it’s early) I’m sure this will become one of the domestic wine industry’s most talked about initiatives. I’d expect controversy too. After all, “sustainable” is one of those words that divides opinion. It strikes me as an analog to “organic”. Use it, and you can mark your milk up 35%. Is there validity to the practice? I’m quite certain, though I’m anything but an expert in the farming aspects. But marketing… ah, yes marketing. Either way, Randall Grahm is an entertaining figure (and a member of the Vintners Hall of Fame in Napa) — he’s also an incredible wit, with Tweets to back up his cerebral sensibilities. A few years back he participated on a wine panel on NPR radio. Look it up. If you can find it, informative and entertaining stuff.

You can fund “Popelouchum – The Project” at Indiegogo.

WATCH: The Popelouchum Vineyard: 10,000 New Grapes for a New Wine of Place