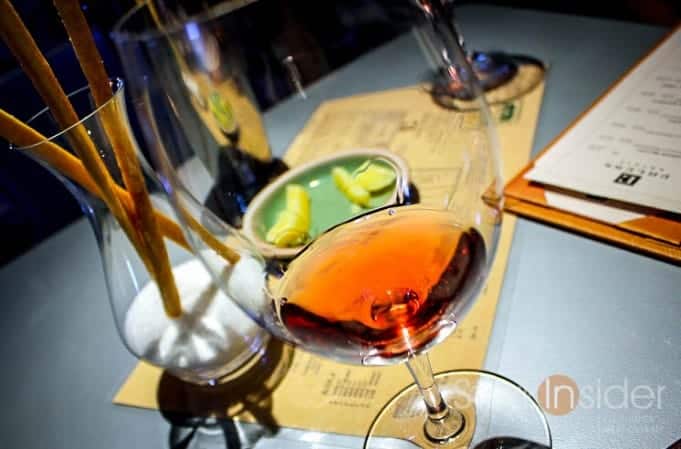 Here’s a new one.

You know that cheap bottle of wine you picked up from CVS the other day? Some are suggesting you can turn it into one that tastes much more expensive by… wait for it…

… pouring the wine into a blender.

Every now and then I stumble across something so spectacularly out-there, so gloriously absurd and so ludicrously fun, that I can’t help but draw attention to the idea. Not because the idea in question is not necessarily true (maybe it is, Internet!), but more likely because the wine world can use fantastical drama from time to time. After all, merely talking about wine is far less interesting than spilling it on other people, chugging it out of a box — or better still, a spit bucket, as demonstrated to tasting room etiquette perfection by Miles in Sideways.

Today’s idea, that you can make a bargain bottle of wine taste more expensive, comes from Good Morning America (via ABC News):

“Enthusiasts of blender-based wine decanting put red wine in the blender with the idea that the process ages it five years in 30 seconds. Some say that by exposing young wine to so much air it can quickly soften tannins.”

Letting wine breathe, of course, is nothing new. By popping a bottle of wine an hour or so before drinking, and decanting it, tannins can indeed soften, and aromas can open up. In true American fashion, then, the logic must follow that you can merely do something faster by taking a short cut. And end up with exponentially better results. Right? Why stop there though, why not put the wine in a Vitamix, or some sort of centrifuge (Stanford?). Thinking goes, that two-buck Chuck can become a fine Bordeaux in just thirty seconds or less (or your money back).

This hyper-decanting thing could be trendy. Imagine, the sommelier at Gary Danko brings your would-be Caymus (“Railroad Red Blend” from Trader Joe’s). Then, she whips out a battery powered portable blender, and makes you a delicious, Napa Slushie, table side.

A card-carrying member of the Future Enterprisers might even dream up the idea of selling wine in a bottle with a built-in blade, and power cord. Who needs a blender when you can just plug in your wine bottle? (Sharper Image would obviously sell the solar edition).

Truth be told, a few years ago some friends and I held a blind taste test challenge. We used a tiny Vinturi (tell me one tasting room in Northern California that doesn’t sell them?). Using Liberty Cabernet we poured one regular glass, and the other aerated using the Vinturi (you pour the wine through the funnel into the glass). Guess what? 100% of the time we picked the Vinturi aerated pour–it had more flavor, drank smoother. Not scientific. Not in the least. Still, an intriguing, if dubious party trick.

Maybe I should start a series on these quirky wine trends I encounter on the Internet. One of my recent favorites was the (now deleted) article on the Huffington Post that asserted that Trader Joe’s wine was actually made from animal parts and blood (who doesn’t already know that?!).

Does putting wine into a blender result in a finer wine?

Who knows. The human psyche is an unpredictable, malleable black box. You say Bordeaux. Still, I say Cheap Wine served from a blender.