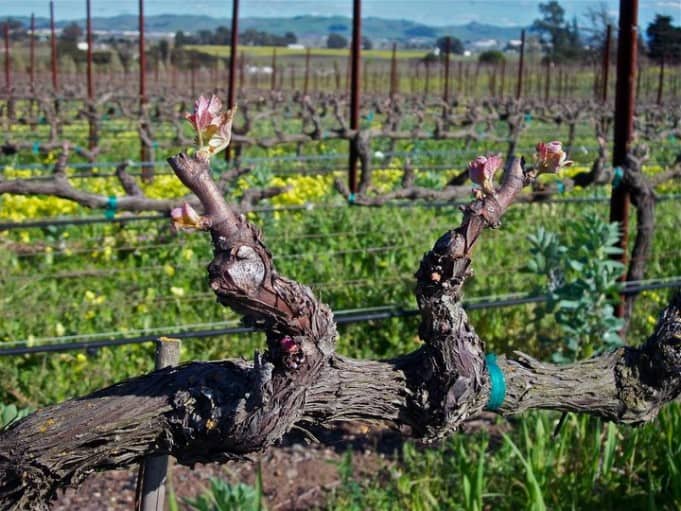 Is bud break across Napa and wine country already here?

That’s how Wines & Vines’ Jane Firstenfeld described the last few months here in Northern California. With absolutely zero rainfall in San Francisco for January I’d suggest piling on some other adjectives too: bizarre, unprecedented, kooky. The L.A. Times had their own: “disturbing.”

It was the first time in 165 years that San Francisco received no rainfall in January. Maybe we need to re-work that expression, maybe it should be something like: “The warmest summer I’d ever spent was winter in San Francisco?” Hmmm, doesn’t quite work. I’d best leave that to Mark Twain.

As a result of this unusual weather pattern, some vintners in Napa are beginning to see signs of (very) early budbreak. Premature budbreak. Others, like Al Wagner at Clos du Val, feel it will hit in about two weeks according to comments cited in the Wines & Vines piece.

Early budbreak can be a challenge for those that have yet to complete the pruning process–something that typically takes place between leaf drop (Fall) and bud break (Spring).

Interestingly, my wife Loni pointed out just the other day to me some early buds on some of our plants around the home. There were small buds appearing on a fig tree, and various plants in the yard. It’s a curious thing; the sun shone bright this weekend, and a balmy breeze lifted our thoughts to that of summer. Then again, I hear a storm is brewing.

We will soon find out how vintners, wineries and land owners across Napa, Sonoma, Livermore and other wine regions up here handle yet another weather challenge, and, if indeed, it is a serious issue, or just a minor blip. Earthquakes, stolen French Laundry wines, droughts… the drama never seems to abate.