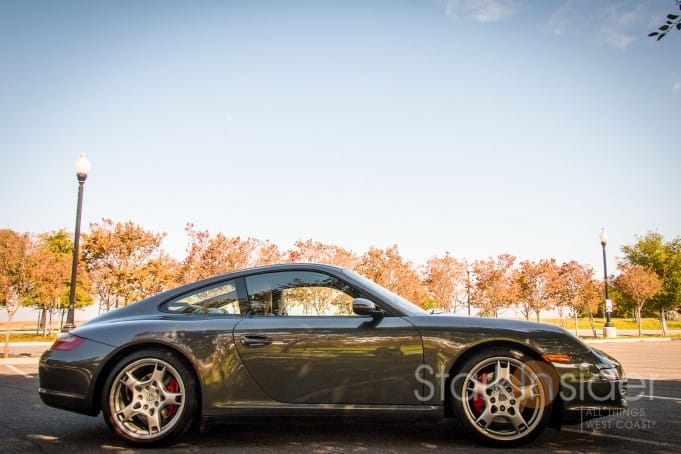 Will they or won’t they? Porsche has denied it will introduce a hybrid 911 sports car any time soon. Though toying with the most visually distinctive car in its history is a proposition fraught with pitfalls, with the competition (notably BMW) already making inroads and capturing public attention, it seems unfathomable that Porsche would not soon follow suit.

Tampering with the iconic 911 sports car is a tricky and risky affair. Porsche has been there, done that.

In 1999 a new version of its two-door sports car hit the market. Code-named internally as the 996 it looked every bit the car that millions have come to recognize–curvy, lean, and with that unmistakable silhouette that hasn’t changed much since the 911’s introduction in 1963. Performance was up, as it is with each successive generation. With the 996 platform Porsche made the move from an air-cooled to water-cooled design which promised more efficient results. It would prove controversial with hardcore enthusiasts who preferred the more pleasing sounds and exhaust notes that an air-cooled model provided. But, that would be the least of the negative feedback surrounding changes introduced with the 1999 Porsche 911.

Porsche had decided to tinker with the headlight. Instead of–again, iconic–ovals, Stuttgart added integrated eyelets, which created a look dubbed as “fried eggs.” In later years, the decision would be reversed, and Porsche would return to the classic headlight design so reminiscent of its best models (see: the 1970s).

So, now when we hear about a potential electric or partially-electric motivated 911, you can sense the angst even before it hits Twitter.

This time around, though, Porsche took a wise route. With its 918 supercar, management was able to, in a sense, test the waters, to see what kind of reaction a hybrid-design would receive from the buying public. Though hybrid technology is already used in other models in the line-up–Panamera, Macan, Cayenne–this would mark the first time it would be applied to a pure sports car design. Introduced as a 2013 model, the 918 featured a 608hp engine. Incredible in its own right. However, to push it to the stratosphere, two electric motors were added, pushing the total output to just shy of 900hp. That’s a lot of motivation. More importantly, it gave the car incredible amounts of torque, which in turn helped propel it to 60mph in only 2.2 seconds.

Public reaction ot he 918 supercar was overwhelmingly positive. Car & Driver magazine said, in a glowing review, that “Porsche recasts this whole hybrid business in a most amazing way.” And, regarding that $850K (USD) price? Well, they note that it is expensive, but “so were the first microwaves.”

Given that success (the 918 would sell out, and quickly become a coveted collector), it was only a matter of time before Porsche start thinking about applying similar designs to its flagship, and far more affordable, sports car, the 911. Tamper with the 911, though, and you risk alienating the faithful, something that was of no concern with the completely new 918.

BMW and its well received hybrid i8 could be forcing Stuttgart’s hand. With a rated 112mpg fuel economy, the i8 can hit 60mph in the mid-4 second range. More importantly it shape stands out on the road with a dramatic mid-ending design that screams exotic. The price, though, is anything but exotic. Starting at $135,000 the i8 is smack-dab in 911 territory.

Tesla, too, is likely putting pressure on Porsche to bring a hybrid 911 to market sooner than later. While Model S is a four door sedan, at least some of its buyers have likely set foot on a Porsche dealership or two over the years.

But, would Porsche risk an all-out, single model Hybrid 911?

It’s a possibility of course. More likely, though, we can expect a parallel, hybrid-specific model.

I can’t be certain, but if there’s one thing we do know about the 911 line-up is that it’s exhausting just trying to get all the model variants in order–Targa, 4, 4S, Turbo, Cabrio, etc. It would be easy, marketing wise, to slip in a hybrid offering. It would also mitigate risk. If the hybrid turned out to be a dud, or received the cold shoulder from the loyalists, there’d always be a regular 911. This strategy is not unlike what Porsche has already done with the Cayenne SUV and Panamera sedan, slotting in “E-Hybrid” versions into the existing line-up. Porsche 911 E-Hybrid? Probably a safe bet naming wise. Whether or not Porsche utilizes a supplementary, two motor electric design as seen on the 918 is the bigger, more tantalizing question.