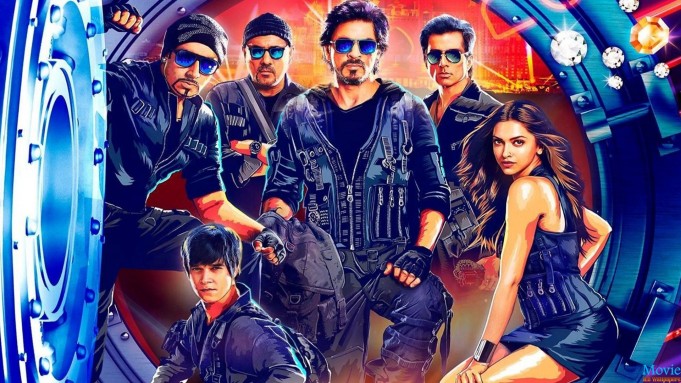 Moster. Never heard of that one before.

Turns out it’s short for “motion movie poster.” Unlike a trailer which typically shows clips from an actual film, is a high resolution animation of, sure enough, a movie poster.

I came across the term when I received an email from a publicist about an upcoming Bollywood film. Happy New Year, an action-comedy, has something to do with con-artists and “fun, drama & action.” All well and good – it sounds like one of those kick-back-turn-off-your-brain-and-enjoy-yourself-to-death kind of movies.

I’m not sure what to make of the film or the video promo. One thing for sure: it is memorable. And, unlike a trailer, by definition of being based on a poster, doesn’t risk giving anything away (don’t you just feel like throwing away your beer when a trailer gives away a major plot line or twist?). If the goal of a moster is to tease and intrigue I think this one does a decent  job.

Hitting up Wikipedia, I learned that this style of promo vignette–even though new to me–has been around for a while. Apparently the first one was designed in 2005 for Hard Candy (just a slightly different film than the one above!). According to some unwritten rules a moster can only use elements of the poster itself- no live action allowed. Also it “must be under 20 seconds and must end with the same still image of the original poster.”

Is the moster more or less effective than a traditional movie trailer?

I don’t know. I’d guess the idea is that it’s just one more tool available to marketing teams looking to reach potential audiences in new ways. I don’t know if it’s yet happened, but I wouldn’t be surprised if studios have designed similar promos for distribution through Vine; seems like the short video format plus a movie poster animation would be a good fit.