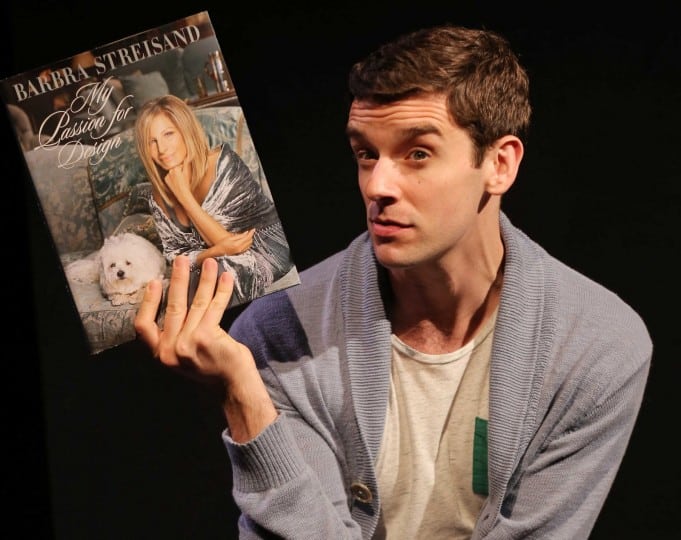 Buyer & Cellar is a funny, funny one-man show that drew rave reviews when it opened in spring 2013. Now on tour with the same Michael Urie who appeared in the original production, the show just opened at the Curran. If this were the theatrical equivalent of a beach novel (and the show’s spun convection froth would make it an excellent beach read), you’d never toss it aside to close your eyes because you’d be too busy laughing.

Urie is the barely employed actor Alex More – recently canned from Disneyland for threatening to shove a churro up some little darling’s ass. Relieved from employment at what he calls “Mousewicz” (Urie brings you along so winningly that it’s only later you’ll realize that you didn’t mentally gasp at the Auschwitz joke), he finds dubious employment in the barn basement of the Streisand compound in Malibu, replete with old-time “shoppes” stocked with the diva’s Smithsonian-ready costumes, dolls and assorted tschotches. Other people might rent a storage box for this, but then as Alex More notes, this is hoarding at a very high level.

This is the sitcom you want on Netflix or Amazon Prime, so you can binge-watch and never leave the show.

At the outset Urie goes way out of his way to proffer a fistful of Streisand disclaimers. However, in interviews, he’s astutely pointed out all great stars are “sort of like a friend in our head. We think we know them a little bit. And that’s what Jonathan [the playwright] has done so beautifully. He’s created a Barbara that may or may not be anything like the real Barbara, but we buy it. We buy that she would be like this. We like that she would be like this.”

Here we buy it because his character is so implausibly plausible that it could only be Streisand. Moreover, these Victorian shoppes are taken straight out of Streisand’s 2010 book My Passion for Design, which one imagines Streisand dictating and photographing while in an extremis Martha Stewart moment. Of course it’s real. Playwright Jonathan Tolan pored over the book. He even said so. 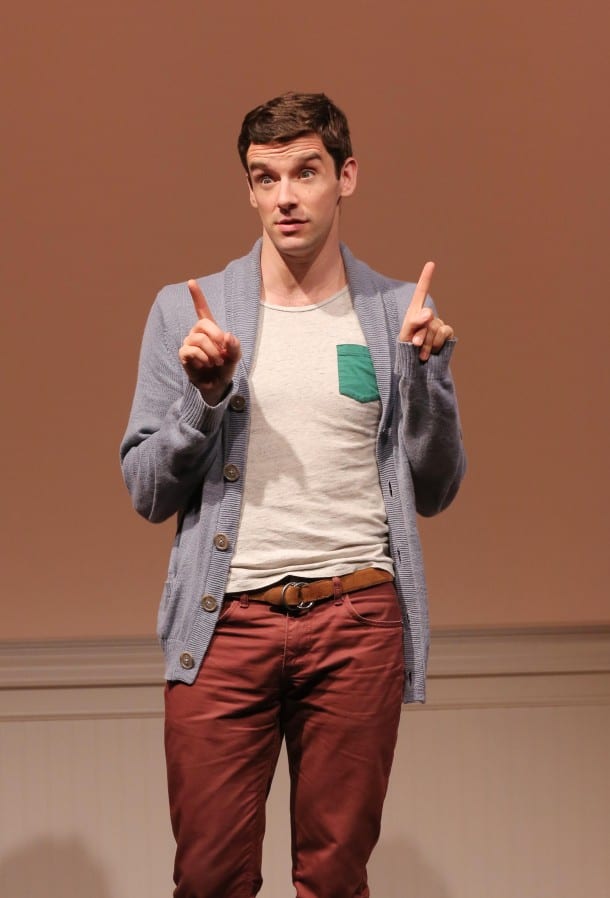 However, implausibility isn’t limited to Ms. Streisand. Alex More notes that while he’s he doesn’t exercise his true birthright as a gay man as a Streisand queen, he “feels the same way about Streisand that Jews feel about Passover – or about Barbra Streisand.” You may just want to invite Alex More to your next seder.

These delicious lines, never overdone (which of course, is way overdone, but that’s a different story) are delivered with timing so perfect that it carries you through a wholly improbable plot involving a series of moments between Alex More and Streisand, precious both in their significance and lack thereof.

Urie’s steady stream of witticisms have a sitcom feel with a timing and delivery that is never so overblown that it fails to move the story forward. However, this is the sort of high-level sitcom so perfect that it transcends the genre. This is the sitcom you want on Netflix or Amazon Prime, so you can binge-watch and never leave the show.

While hardly a recurring event, “Buyer & Cellar” will provide you with at least 100 such moments, without intermission, through August 31st at the Curran.