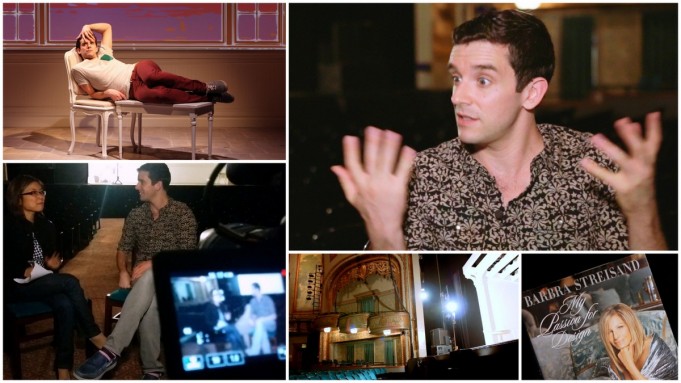 In this Stark Insider segment Michael Urie sits down with Loni Stark on opening night of his new play ‘Buyer & Cellar’.

Get this straight. If you’re ever invited over to Michael Urie’s place. And if you by chance find yourself in his fantastical roomful of G.I. Joes. And if you find yourself with the incredibly golden opportunity to create a scene with the action figure known as “Jack Nicholson” …

… know this: That there is strictly known as “Jack Nicholson” and most certainly not “Richard Gere.”

The scenario above is hypothetical – and involves Urie finding himself in a future with “days of money.” But one that is not concerns the iconic Barbra Streisand. In actor/director/producer Michael Urie’s new one man play Buyer and Cellar he explores, to great comic effect, what the legend has done to her Malibu home.

When celebrities have oodles of cash, they can bring their (craziest) fantasies and hobbies to life. Michael Jackson had the hyperbolic sleeping chamber (and Neverland). Jay Leno has a vast car garage that features rare collectables and exotics. And Ryan Gosling? Did you know he enjoys knitting? Well, maybe not all celebrity past-times are that crazy.

In Buyer and Cellar, which opened at the SHN Curran this week in San Francisco, Juilliard-trained Urie takes on several roles, effortlessly creating a mosaic of people who are worlds apart, and yet struggling with everyday things such as belonging, identity and love. 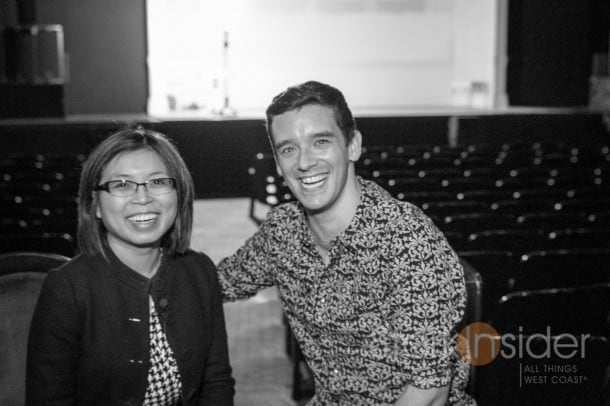 “What happens between people who are on opposite ends of the same spectrums ,” he says. “Alex More [a character in the play] is sort of at the bottom of the heap in show business as it were and she’s at the top of the mountain. She’s Barbra Streisand!”

When I met up with Michael at the Curran, I found someone bubbling over with energy – he’s funny, charismatic. He’s quick to laugh, whether at himself, or at the fact that someone reminded him on Twitter that because Chicago steakhouses don’t feel the need to slather the meat with “sauce” they’re infinitely better than Texas BBQ. Born in Dallas that might smart, but he just shrugs it off. Buyer & Cellar, fortunately for him, opened in Chicago. A perk was sampling the city’s best. “I tried every steakhouse, and they were all excellent.”

Examine closely, though, the meat of this interview and you’ll find someone embracing every angle of their creative self. Urie starred in Ugly Betty on television. He’s collaborated with Jonathan Tolins on several writing projects. And he’s returned to the stage – an opportunity as he tells me that invokes insomnia thanks to the adrenaline it affords on a nightly basis. It can leave someone breathless. After spending 30 minutes with him I found myself, somehow, energized, inspired even. I also found myself Googling Barbra Streisand… did she really build that in her basement…? What is that exactly? Watch the interview below with Michael Urie to find out, and to learn why you never, ever refer to his G.I. Joe as anything, but “Jack Nicholson.”