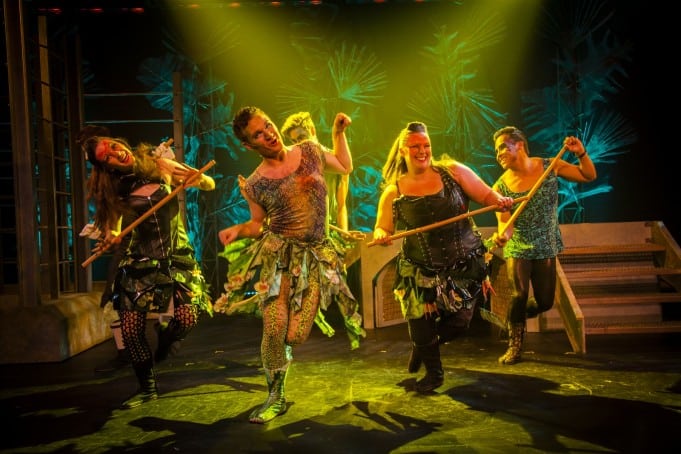 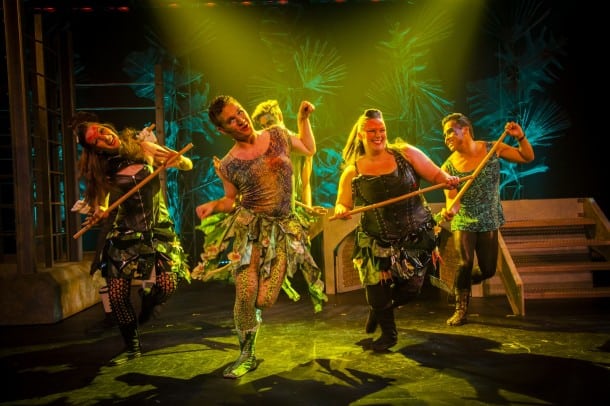 Lest those who happened upon anyone stumbling out of the Eureka Theatre, plastic champagne glass in hand, singing “We are Dinosaurs” think this had anything to do with geriatrics, let me put you straight: this dino-rock-musical has to do with velociraptors, tyrannosaurus rexes, sexual identity, chaos theory, parenthood, and Morgan Freeman. Welcome to Triassic Parq, a delicious musical produced by the Ray of Light Theatre.

After rolling my eyes at the press release, I didn’t expect much from this one. Maybe the coffee hadn’t kicked in, but assertions like “When one female T-Rex suddenly turns male, the entire pack must question their identity, gender and what is possible,” hinted at an overweening didacticism that just wasn’t there. In its place was a show that was as open-hearted as it was campy.

If you share my initial skepticism, rest assured that it will be defeated by the first driving notes of the band, led by pianosaurus and music director Robbie Cowan. Even friends who don’t like musicals were raving about this one.

Triassic Parq combines the sensibilities of feel-good 60’s musicals with 90’s boy band moves. Trade the tie-dye freak flag for scales and claws and you’ll almost have it nailed. Dane Paul Andres’ smart choreography shows that dancing dinosaurs don’t have to have the lumbering idiocy of Barney. Costumes by Wendy Rose Kaufman were the height of Paleolithic camp.  How she put dinosaurs into black leather bustiers without them looking ridiculous is a secret I want the answer to before I dress for work next week.

The Velociraptor of Innocence (Lewis Rawlinson) conveyed his wide-eyed openness without being too precious. T-Rex 2 (Chelsea Holifield) brought a surprising plausibility to the transition from gyno dino to dudestick of perpetuation. 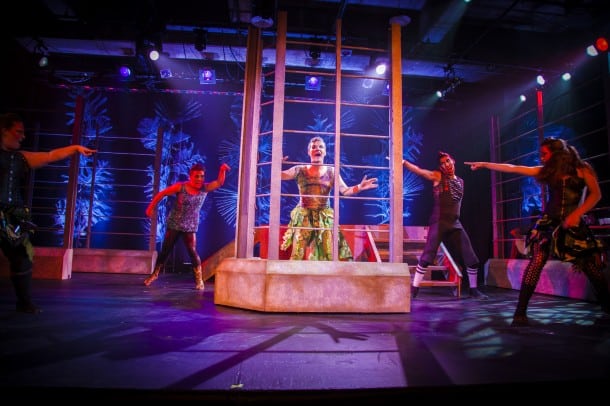 It’s a year or so since I covered Ray of Light Theatre, and they’ve only gotten better. Mic-ing the cast more than compensated for acoustical weaknesses of the Eureka Theatre. My only nit is that the occasional backlighting of the cast hurt the eyes of some in the audience. Fortunately, these moments were few – and largely limited to the first half of the production. Beyond that, the only warning is that Triassic Parq is a little like certain psychedelics: you’ll end up loving everyone – and yourself – a little bit more.