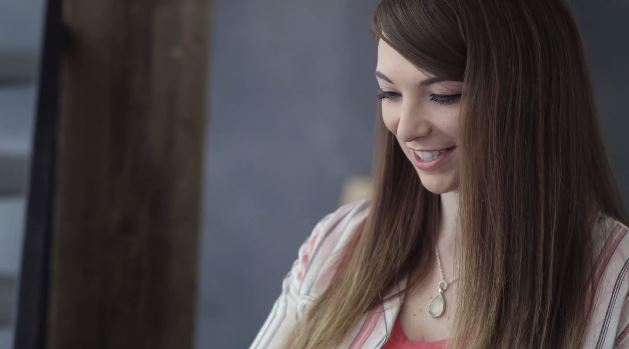 You have to admit, Jeff Bezos is all about the showmanship.

This time the Amazon CEO is teasing us.

His company plans to unveil something on June 18th. Many believe it will be some sort of futuristic 3D holographic smartphone. And why not? Apple is going flat — skewering skeumorphism of days gone by — so it would only makes sense that Amazon do the opposite and go full-on 3D.

In a clever bit of marketing, Amazon have released a teaser video featuring the new device/smartphone/3D holographic Star Wars thing. Only one caveat: we can’t actually see it. Instead, we see various people (i.e. actors) reacting to the experience of holding one in their (presumably) hands, looking in astonishment. One guy asks, “Do I have to give it back?”

What exactly is a 3D Smartphone?

We don’t know for certain, but it would likely mean the device would feature a 3D holographic display. It’s been long suspected that Amazon’s forward-looking division, Lab 126, has been researching and working on the technology. If true, the display would add depth, and multi-layered appearance to the phone’s user interface – how exactly this would benefit consumers (aside from games and possibly movies) is a bit of a mystery.

“I’ve never seen anything like this.” (Ed – the same was once said about Ishtar)

There is precedent of course when it comes to 3D. A few years back 3D movies, televisions and projectors took the consumer market by storm. Huge marketing campaigns told us it was amazing, and we needed it now. Upgrade cycles began. All was rosy and futuristic. Except for one thing: consumers didn’t buy the buzz. While 3D still remains an attractive draw at mainstream movie theaters, it has yet to make serious inroads into our family rooms.

If there’s one thing Bezos knows, it’s how to draw attention.

Whether or not a 3D holographic smartphone is something we actually need or not is perhaps mute. All eyes will be on Amazon in a few weeks. If the rumors are true this will be the company’s first foray in to the smartphone market. That in of itself is huge news. The additional Star Wars-inspired gimmickry is surely a very clever — almost Steve Jobs like — way of embracing an innovation halo. If it doesn’t sell, at least it makes us take notice. Who knows, in the end maybe he’ll be happy if we just buy a Kindle and rent Frozen.