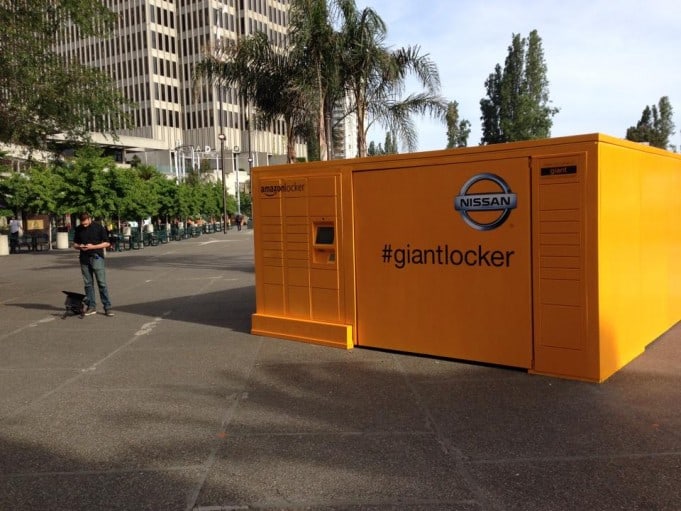 Social media is revving up this morning. Why is a giant orange box sitting in a tourist area along the Embarcadero waterfront in San Francisco? And–more importantly–what’s inside?

CNET posted this photo just minutes ago of the inconspicuous “Amazon Locker”:

How about “the DeLorean I ordered from Doc Brown”?

Another photo of the locker published earlier on my FB stream bya friend showed the same package from a different angle, and essentially revealed the mystery of the #giantlocker:

You canʼt miss the Nissan Rogue when itʼs inside a #GiantLocker. pic.twitter.com/hdzwKodvqC

Case solved; though I think it would’ve been just slightly cooler if the car in question was the new BMW i8 hybrid supercar.

Nissan and Amazon both win. Good timing, too. Fridays are notorious slow days in tech and for news in general, so this teaser was able to grab our attention, unwitting or not. Next I’m sure we’ll see more updates of the package being opened. Maybe Beach Blanket Babylon will make an appearance, and a colorful musical will break out. We can only hope.