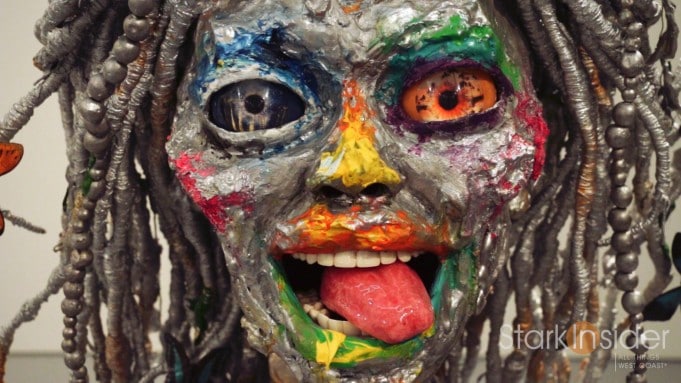 Burlesque country singer personas. Reality vs. the imagined. I am your best fantasy.

“Wrong’s What I Do Best” is a new exhibit that gathers “the self-searing impulses of artists and musicians playing the role of one’s self as someone else.” Watch as Loni Stark goes down the rabbit hole in this Stark Insider episode shot during the opening at the San Francisco Art Institute.

Will you lay with me in a field of stone?

“It was kind of an extra skin,” says curator Hesse McGraw, explaining how Hard Country performers would craft stage personas. They would become equally as known as their unhinged private lives.

The exhibition runs through July 26, and features the works of 15 artists, most of which can be seen in this video (below). If you like modern, the surreal, and somewhat obtuse, then you’re in for a real treat. The gallery, with soaring ceilings, interesting angles, and stark walls, is as much of the story as the actual pieces.

Later, after the opening, Loni and I discussed and debated the merits of the art we saw on this cool San Francisco evening. Some of the artists were, in the words of the program, flinging “themselves headlong into the coming apocalypse” – appearing merely to assault us with something profane, for the sake of being profane. Others were more successful, and were able to “prod the edges” and tickle our minds and imaginations. If it’s one thing: it’s unforgettable.

“I am always really happy when people feel something and I want that to happen.”, says artist Samara Golden (“Mass Murder of the Guides and Guardians #6”), who sees her installations as exorcisms. “To try to put in all the complication of the world into something that somehow for me is able to express all those conflicting feelings.” 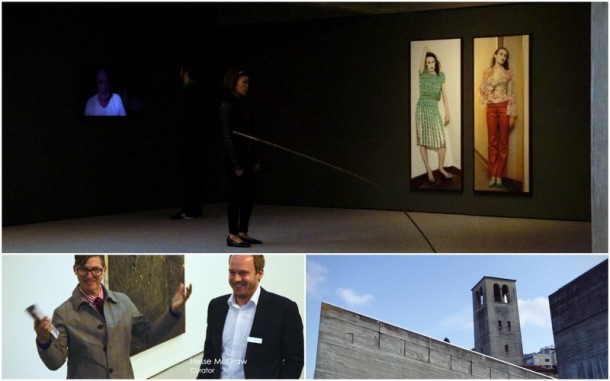 The program notes that the exhibition takes its title from what was originally a George Jones anthem. It became a theme song–a catchall–for a generation of performers including Johnny Paycheck, David Allan Coe, and Hank Williams.

“These sincerely deluded, tragicomic figures inhabited characters of their own making, to personal peril and kindling for public legend.”

WATCH: Wrong’s What I Do Best