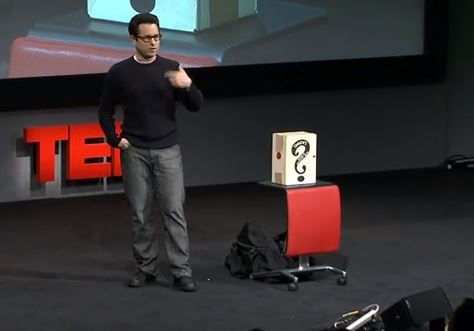 Storytelling. We hear about its importance almost every day. With attention spans getting shorter and shorter – I suspect that has a lot to do with the rise of social networks, and the overload of digital information — we are always looking for new ways to make a message stick. The question for us content producers, and also marketers in general, is:

How do we stand out, get people to take notice?

The answer these days is almost always to tell a story.

A good story can grab our attention, peak interest, and make us stay around long enough to see it through to the conclusion. Be it a product, service, or, just a story for the sake of a story, the human condition is universal.

I’ve been exploring storytelling techniques in an attempt to (hopefully) improve my efforts. Recently my search led me–of all places!–to a few TED videos. Turns out, if you want to learn more about the art of storytelling, one good place to start is… Hollywood. Some of the most popular speeches at TED have been given by various filmmakers, directors and actors. I watched several, and was intrigued by the different approaches. Two in particular, though, stood out.

1. The Heart String – Make Us Care

Andrew Stanton has written, oh, just a few, somewhat decent stories. Toy Story. WALL-E. A Bug’s Life. Finding Nemo. You may have heard of some of them? The Boston-born director-screenwriter is in a word, prolific. For those interested in deconstructing the art of the “story” and some insight into the creative process, his TED talk “The Clues to a Great Story” is mandatory viewing:

Aside from the inspirational child-like glow that exudes his every breath, Stanton asserts that we need to care. We need to care about the characters. That doesn’t mean they need to be perfect. Woody in Toy Story, for example, might be a bit self-centered, or obstinate in his ways, but he will do everything and anything for his son. His “spine” is evident. And so we care about his plight.

If you think about every great film, or even many of today’s TV shows (even House Hunters!), the creative people behind the production always seek first to make us care. If we care, everything that follows will carry more weight. If we don’t care, then I suppose why bother?

During his TED talk Andrew tells his own story, and mentions a few of his childhood influences (Bambi). That we need to care about a subject matter for it to resonate may not be a cataclysmic revelation, but it’s great to get the lesson first hand from an Academy-Award winning master.

2. The Mystery Box – Make Us Wonder

For blockbuster Lens Flare afficiandeo and self-admitted Apple lover J.J. Abrams the story is all about the mystery. The Star Wars: Episode VII (no filming) director uses an unopened magicians box to prove his point during his TED talk. The box, which he bought as a child for $15 (promising $50 worth of magical value), has remained unopened since. But why? And what’s inside? And will he open it during his presentation:

So, yes, make us care. But, make us wonder. Without mystery or suspense a story probably won’t be powerful enough to retain viewer interest. Suitably enough Abrams uses Star Wars (the original 1977 version) as a vivid example. Each revelation made by Luke Skywalker leads to yet another puzzle, another mystery to solve. Obi Wan Kenobi. Yoda. Darth Vader. The colorful characters in George Lucas’ epic classic are seemingly disparate. Ultimately as Skywalker confronts one confounding clue after another do we, the audience, learn of all the–sometimes surprising–connections.

3. Make Us Care AND Make Us Wonder 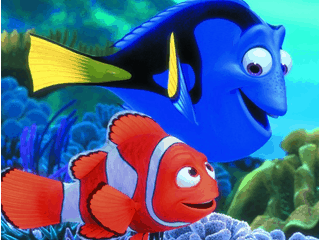 What if we combine both these techniques. Take the caring and singular purpose that Andrew Stanton talks about and combine it with the mystery and suspense (and lens flares) that J.J. Abrams so loves? I think we’d get the basic formula that drives a lot of mainstream Hollywood storytelling. We’d have characters that matter to us, trying to solve a problem, or overcome an obstacle. Whether the vehicle is a thriller, comedy, drama or documentary, these devices matter because, I suspect, they’re innate in the human condition. The primal condition suggests we want love, we want to love, and we want to be part of something. A good story just reinforces that. Hollywood maestros have been doing it for years.

As I thought about these two presentations over the past few days, I began to evaluate various movies, TV shows, and even Web videos. Did they pass the test? (1) Did I care about the characters/protagonists? and (2) Was there enough mystery to make it compelling? I was surprised at how much content did pass that very test. It made me realize once again what appears to be a whimsical or rather off-the-cuff story is a matter of fact a well orchestrated and carefully calculated effort to capture not only our attention, but also our hearts.