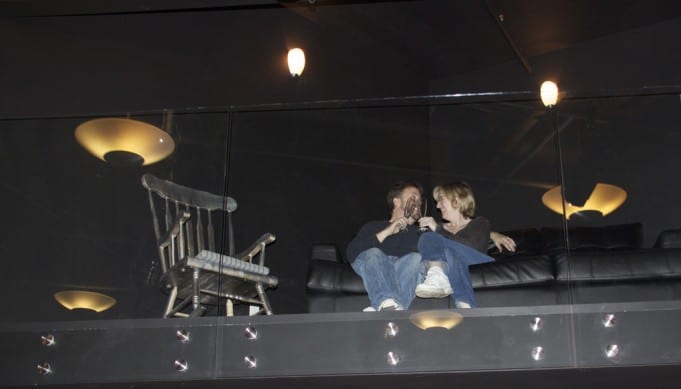 And Miss Reardon Drinks A Little 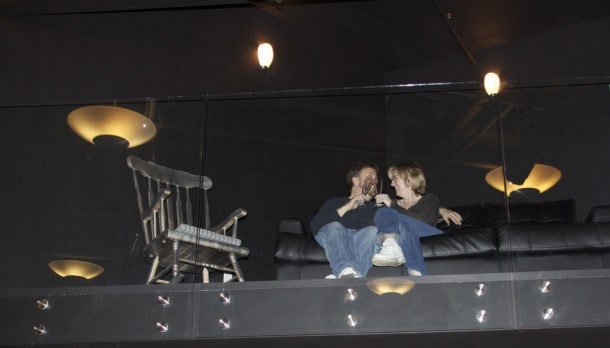 If you were in middle school in the late 1960’s or early ’70’s, Paul Zindel’s novel The Pigman was your first crack at being a teenager. While it hasn’t aged well (even then, the book suffered from stagy dialogue), its emotional truth survives the stilted teen-speak dialogue. However, Zindel’s corpus goes way beyond teen novels and ever-popular drama “Effect of Gamma Rays on Man on the Moon Marigolds”; somewhere in there he penned a number of screenplays and an adult drama called And Miss Reardon Drinks A Little, which enjoys a new life at the Dragon’s new Redwood City venue.

If you enjoy theatre that is ripe with female energy, Miss Reardon is right up your alley, with at least five different types of female crazy. However, here the studied lack of balance works against the play, so that when the only major male character (played by Kyle Wood) enters the stage in Act II and attempts to dominate the others, he provides a much-needed shot of testosterone.

Sheila Ellam and Kelly Rinehart gave deliciously measured performances. With an alcoholic’s face and body, Ellam’s Catherine Reardon pulls off the difficult stunt of maintaining her credibility despite her perpetual imbibing. Her diminished persona is the authority on stage. Playing off her is Kelly Rinehart, as older sister Ceil Adams, who’s as reined-in as her little black and white herring bone suit. Reacting to both of them is Lessa Bouchard, who gives a powerhouse performance as the positively electric Anna Reardon.

Mary Lou Torre offers up a relentless Fleur Stein, who advances her own interests while revealing her own craven weakness. Jean Conger gave us the mawkish Mrs. Pentrano, who masquerades as a concerned neighbor while butting in to hawk cosmetics.

Despite the superior acting, the play seemed weighted down and I was uncertain whether the problems lay in the stage direction or in the material itself. The show’s pacing seemed off, with Act One building with glacial slowness – and Act Two being such a non-stop high pressure faucet of emotion that it became numbing.

Zindel seems to be trying too hard (as he often does in his teen lit); in this instance, coming across as a second rate version of his hero, Edward Albee. Albee once said something to the effect that being an artist was about instructing people about the responsibilities of consciousness. Given that Zindel’s work anchors the audience in a room where the psychic energy of his characters careens into each other, and in which a glancing blow would be a rare kindness, he certainly seems to be fulfilling Albee’s directive.

And Miss Reardon Drinks A Little runs through September 22nd.