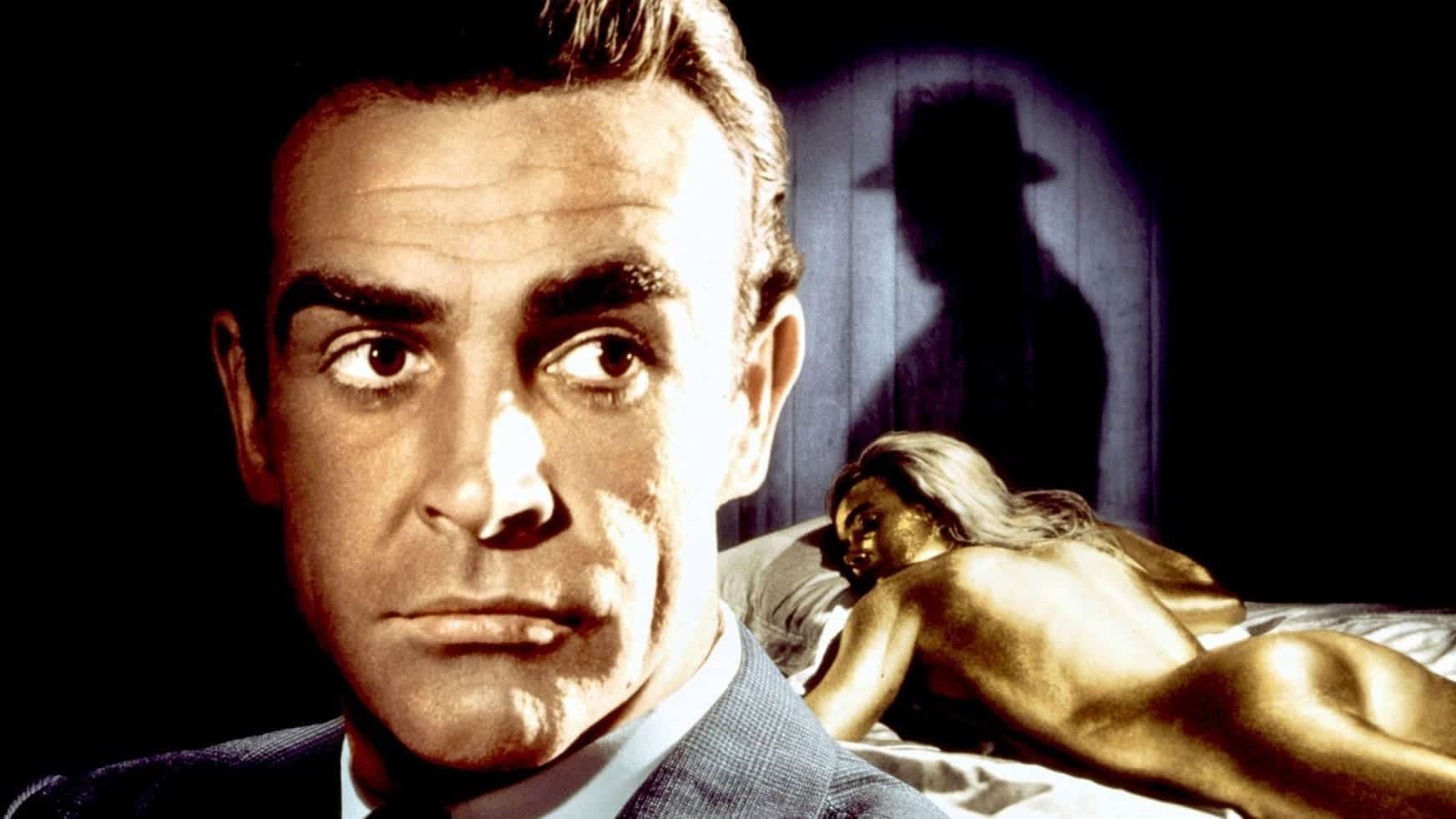 Are you ready to cross the freaky line?

That was the question that echoed across Silicon Valley this morning.

We are living, breathing sensors. We will be tracked. But (hopefully) we will be catered to.

You might’ve heard about a new book The Age of Context that’s been especially hot in the past few weeks among the Twitter and Google+ faithful–and receiving universal praise as a must read for those looking to make sense of this new mobile, socially-connected world .

Shel Israel took to the stage with his fifth book. What followed had the audience, as someone noted on Twitter, “whipsawing between exhilaration and horror.” The trade off seems to be about sacrificing some (if not all) privacy in favor of improved quality of life. Many of us, perhaps unwittingly, have already made that choice. If you frequently check-in on Foursquare, or share shots of pretty angel hair pasta on Instagram, or publish overly personal updates for all the world to see on Facebook, then you already know where you stand on the issue.

“Think about walking into this room. You crossed a geofence to get into the San Jose Convention Center. Google knows something about that.”

A quick heads up: if you were playing the tech keynote drinking game at home, it would’ve taken about five minutes before your first “Big Data” shot of Jagermeister.

So what exactly is the premise for the new age of context. There are five key forces.

“This is very different than laptops and desktops that are designed to sit on a desk.”

The PC is dead. We’ve gone all-in with mobile. Now that tablets and smartphones are commonplace, wearable computing is the next it thing. Oakley ski googles, Google Glass, smartwatches, sleep monitors. Why bother reaching into our pockets when we can morph our real selves with our virtual selves and take that next step towards becoming bio-organic cyborgs?

“I hate the word Big Data. The industry calls it that.”

Machine learning and those massive servers in the cloud are instrumental in processing all this data.

But, Israel clarifies, “Its actually tiny teaspoons of data that really matters. The trade off is that data goes somewhere and is collected and stored.”

Recently Google acquired social navigation app maker Waze for $1 billion. Not exactly chump change, even by Silicon Valley standards. Why the big deal? The cynic in me believes it’s obviously related to advertising. If Google knows where we are at any given moment then they can better target ads. Those ads will likely be more effective at getting consumers to engage. That in turn makes ad space more valuable. And Google can charge more, not to mention that it can cross-promote its huge basket of web services. And that leads to a modern-day vendor lock-in of sorts (Android vs. iOS), and so it goes.

ALSO SEE: Apple iOS 7 – Brought to you by a Lunatic with an Axe

There’s a whole lot more to that story however. Many of us voluntarily give up our locations in exchange for the added value we receive in return. Be it running into nearby friends, or receiving useful information about sights to see and things to do, or being notified when your favorite restaurant is running a promotion, your quality of life, goes the theory, will improve.

“Think about walking into this room. You crossed a geofence to get into the San Jose Convention Center. Google knows something about that.”

Vintank, a start-up focused on the wine industry, tracks about 1 million wine mentions per day. Based in Sonoma the company is geofencing wineries. (geofences are virtual perimeters created on physical locations)

Nike next month is coming out with shoes, and shirts with sensors. John Deere is working on a tractor for the future, that knows how much water and fertilizer the a field needs because of sensors.

A lot of the personal-based services that leverage context–our location, where we’re looking, who were talking with, where we’re headed next–will be possible because our iPhones and Androids already act as low-power, Bluetooth sensors.

Twitter estimates there are about 1 billion tweets every 36-48 hours. Chances are you check Facebook multiple times during the day, and likely even more at night.

What it means for Consumers and Industry

Look for anticipatory products. Since Google knows your schedule via your calendar, all you emails, knows everything you search for, where you’re physically located, and (soon) where you’re looking, it can start start anticipating what you’ll need or want next.

On the industrial side, large manufacturers (aircraft engine makers, automakers) and service providers (insurance, healthcare) can potentially save billions thanks to sensors. They will tell you when an engine needs maintenance or a part needs replacement, before things get ugly.

At Uber every employee is monitored and rated in real time (scary). “At Microsoft it took six months to get my performance review.”

Will.i.am wants to wear Google Glass during concerts to learn more about his audience. How old are they? How are they reacting to the music? What are they saying on Twitter. The musician is already doing this backstage. Next he wants to receive and react to this data in real time.

In the age of context restaurants will put sensors on seats. Employees and management will be able to track where customers are sitting. This will lead to optimizations based on ordering habits. Restaurants will be able to offer very targeted, timely promotions, improve service. and plan their businesses more effectively.

Call me skeptical, but, like the earlier tweeter, I’m equally exhilarated and horrified about what’s around the corner.

How can one decide: The Age of Context with a perfect 5-star Amazon rating, or Stephen King’s The Shining with an underwhelming 4.5-stars?

At the keynote this morning, ironically enough, just as the topic of Privacy was broached, Israel had run out of time. “You’ll have to buy the book!”

No doubt privacy will be a headline-grabbing headline for months to come. NSA. Wikileaks. I believe this is just the tip of the iceberg. One thing’s for certain: everything we once thought we knew has already changed, and will continue to change, dramatically. There’s a negative side. Cyber-bulling is a sad example of that. Flash mobs that do violent, illegal things is another. But there’s perhaps as many if not more positives: crowd-sourced projects that help non-profits, the underprivileged; real-time alerts that engage millions in the identification of a criminal; and knowledge that is freely shared because a large contingent of those who use the Internet believe it’s the right thing to do.

But that’s just the social layer.

Israel are suggesting that these five forces–mobile, big data, location, sensors, social–will bring a, let’s call it, enlightened wave of meaning. Context will bring greater value to the services we use, to the interactions we have with technology and with each other. Though not riding on entirely new concepts, it’s an ambitious view, with plenty of first-hand accounts of companies and people already taking the leap.

Israel’s book, The Age of Context, currently has a perfect 5-star rating on Amazon. That could pose a problem for those–like me–trying to decide between it and Stephen King’s The Shining, which only has an underwhelming 4.5-stars.

About those secrets then.

That aren’t any. Just driving forces. And one giant, perpetual spotlight.

I’ve crossed the freaky line. But, the big question is:

— Dan Pulcrano, veteran Silicon Valley journalist and publisher of Metro, said during the welcome address that he came up with the idea of the C2SV Tech Conference and Music Festival with some friends “over some beers” in Austin

— City of San Jose: “40 arts and culture venues. 80 tech companies within 8 square blocks.” 10th largest city, and largest in the Bay Area, expected to grow faster than San Francisco and Oakland over the coming decades

— Get to know The Kings and Crazies of Silicon Valley