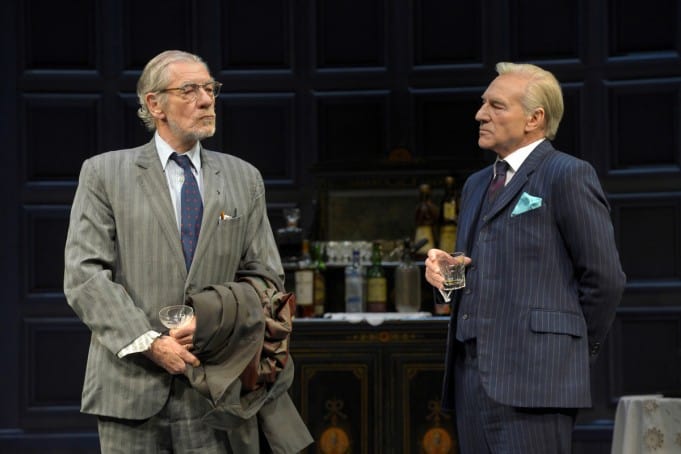 I typically try to refrain from hyperbole, but it’s far from exaggeration to suggest that one of the biggest Bay Area theater events of the year is taking place right now at Berkeley Rep.

In Ian McKellen and Patrick Stewart we have Two Sirs; and Two Legends of screen and stage. That these two gents would appear on stage together is truly a spectacle not to be missed. Indeed the standing ‘O’ at the world premiere of No Man’s Land last night was among the strongest and longest I’ve ever witnessed in four years of covering productions at this theater.

Harold Pinter is, of course, a dramatic master. His literary gymnastics that also of legend. His words, from a revival of his 1975 classic, a match made in absurdest heaven for Sir Stewart and Sir McKellen. When the sumptuously projected and layered curtain drops, the drinking and sparring begin with little fanfare. What follows is two hours of theatrical bliss. One, indeed, for the ages.

Listen. You know what it’s like when you’re in a room with the light on and then suddenly the light goes out? I’ll show you. It’s like this. …

Hirst (Stewart) is an upper class intellectual who lives in an English mansion with his servants Foster (Billy Crudup) and Briggs (Shuler Hensley). Spooner (McKellen), a street poet, is invited for a drink, and from there reality takes a backseat to story-telling, boozing, and altered states of consciousness. Through the murk Pinter has us pondering perhaps a life unwound, perhaps regrets, and perhaps upending the status quo. Perhaps.

Yes, but what does it all mean?

Over the years I’ve learned you don’t connect the dots with Pinter (i.e. the stellar The Homecoming at A.C.T.). It’s an exercise in fruitless ambition. Rather, as I did last night, I let the words, actions, and feelings wash over me – with varying degrees of success. Try to anticipate and you’re toast. Resolutions? Forget about it. Rather, this is the anti-obvious, the joyful delight in not being literal, but being literary. I have this recurring idea that a future reboot of the No Man’s Land, in an ill-fated attempt to reach the mass market, is tweaked slightly, adding a narrator played by James Lipton who delivers colorful play-by-play at stage right. 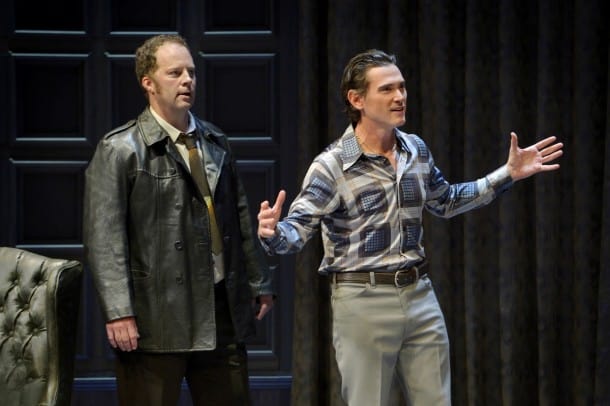 At the hear of the matter, though, is the acting. It’s outstanding. We expected that going in – and there’s no doubt that these performances deliver the goods. Stewart, with his cool Christopher Plummer-inspired wig (with a dash of Bill Maher and Bono), succeeds in at once being in command of his abode, and then soon after crawling on his belly for salvation, or for a night’s sleep. He’s got that deep, bellowing voice, though in this instance he needn’t bark out orders, a la Captain Luc Picard. Often his best moments take place in complete silence. The narrow eyes. The rhythmic footwork stumbling back to the bar cart. The flopping of that wig. It’s all a magical hoot. McKellen, too, commands the stage, but in a wisp like manner. Equally effective is his sublime delivery.

Rounding out the cast are Billy Crudup, a wicked jesterly delight, and Shuler Hensley, a brooding sidekick with presence. You simply could not cast this production any better.

If there’s one issue with the play it’s the aforementioned heapings of Pinterisque. There’s a fine line between brilliant wordplay and meaningless non-sequiturs. For some, the frustration associated with decoding meaning and intent will be too big a burden. But for others it will be about as good as it gets.

Only Mad Men could top the amount of drinking on exhibition in No Man’s Land.

A thrill watching @SirPatStew and @IanMcKellen getting Pinter-ish on @BerkeleyRep stage. I predict great things ahead for these gents… 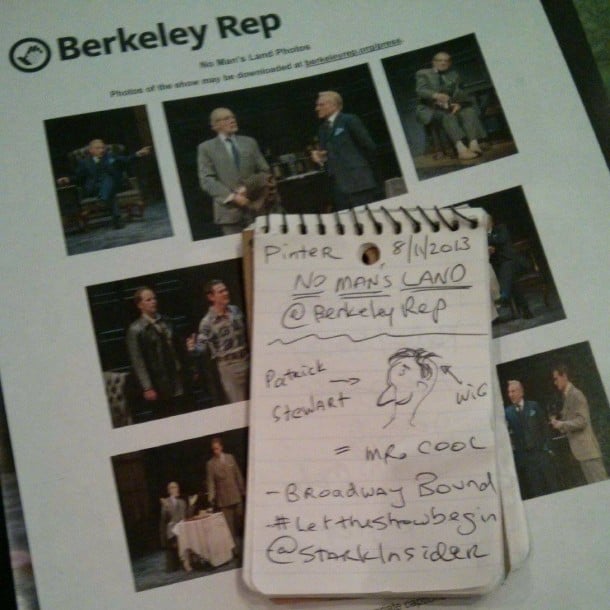 Patrick Stewart and the Wig Heard Round the World

Don’t mess with the man: 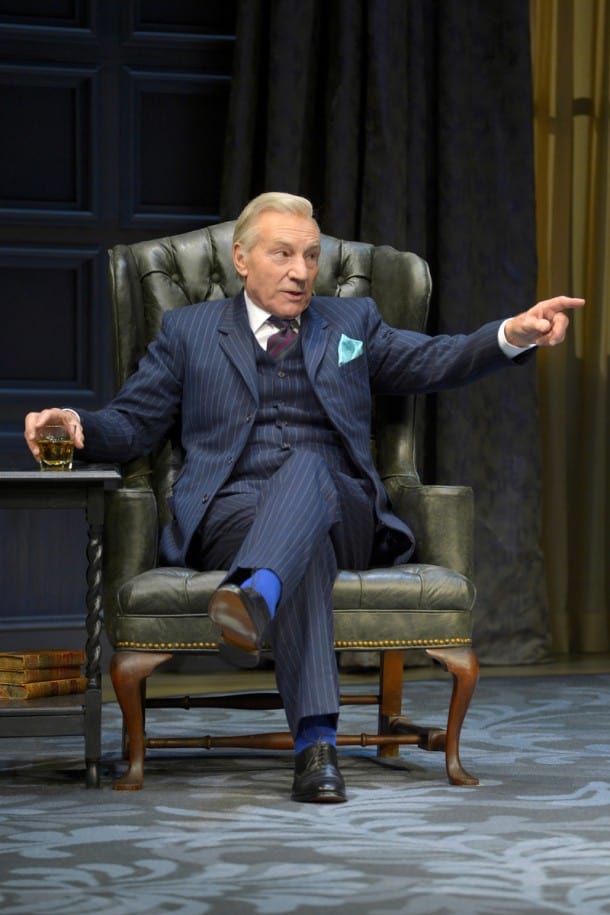