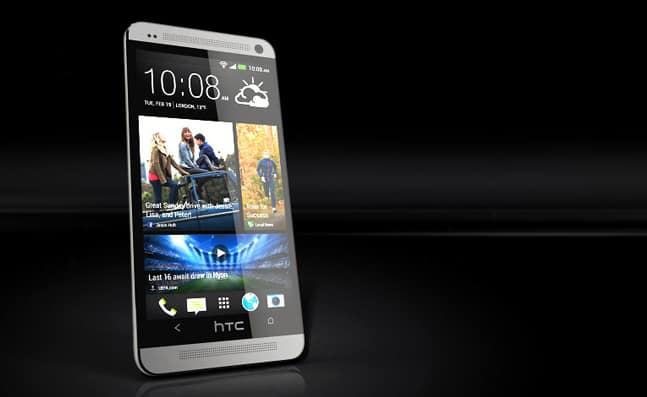 LTE supported device (T-Mobile HSPA+ too) that sidesteps AT&T. Even Google with its unlocked Nexus 4 was unable to pull that off — though that could change come Google I/O next month where we’ll likely see an upgraded Nexus 4 (Nexus 4S?!) featuring LTE.

At $575 (32GB) the unlocked HTC One is not as cheap as a Nexus 4 which comes in at $299 (8GB) and $349 (16GB). However, for those of us who are unlocked loyalists it does make for a viable, tempting upgrade path. Note that current shipping estimate is 2-4 weeks. Also, for those not running LTE it’s worth pointing out that T-Mobile sells an unlocked version (with fewer frequencies supported) for $579 – and that includes a car dock.

Almost twice the price of the base Nexus 4, which is sold direct via Google Play, the unlocked HTC One is not exactly a slam-dunk. Still, for $226 more you get the hottest phone on the market, double the memory, and a much better display. Also, it’s about $200 cheaper than a comparably equipped iPhone 5; not that I’d ever entertain the idea.

I’m not a huge fan of LG’s design with the Nexus 4 – the glass back is fragile, the display is average (put it side-by-side with even something like the Galaxy S II and you’ll see what I mean in terms of poor white reproduction), and battery life is poor. I was hoping to upgrade to a Motorola X-Phone next month. Inside word is that Google is delaying it. And since Nexus devices are typically unveiled in Q4 we likely won’t see the fabled Nexus 5 anytime soon.

For those with upgrade-itis (hey, I’ve had my Nexus 4 for six months already… an eternity!), the HTC One could hold us over until either the X-Phone or Nexus 5 lands in the U.S.

But, I’ll likely wait a few more weeks to see what Google unveils at I/O. At the very least we’ll get Key Lime Pie. And guess which phones that’ll come out on first? Hint: not the HTC One or Samsung Galaxy S 4. Once again, software trumps hardware. Patience, patience…