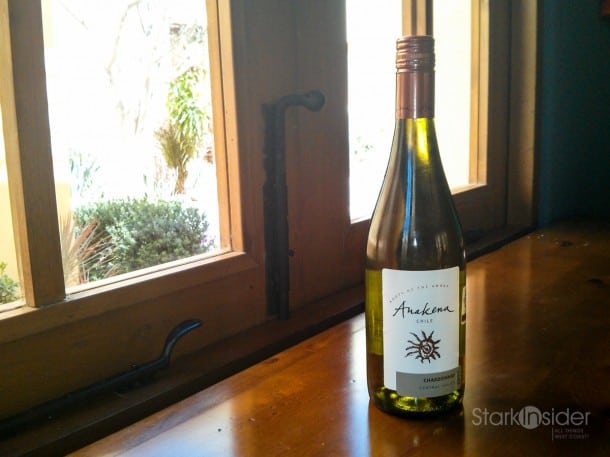 I’ve been vacationing in the little town of Loreto alongside the too-beautiful-to-believe Sea of Cortez for almost seven years. It’s hard to believe. When I first set foot here in the little fishing village, which is located in the southern most Baja state “Baja California Sur” about five hours north of cosmopolitan Cabo, there really wasn’t much of a wine economy. To my pleasant surprise that seems to be changing – wine boutiques have popped up over the last few years, and there’s even a ready selection of (mostly Chilean and Argentine) wines at the local grocery store, El Pescador.

One of the biggest challenges here is the climate; the dry desert and scorching sun conspire to create conditions not entirely friendly to a bottle of wine which would otherwise prefer to chill out at 57F degrees. I can only imagine the transportation logistics. Regardless of how wines are moved from Napa to here (very costly) or from Chile to here (somewhat costly), I wouldn’t be surprised if at some point they’re inappropriately exposed to conditions which would otherwise make the Wicked Witch of the West melt faster than you could say “Touring Broadway shows leave a sticky residue on my brain.”

We bought a plot of land here in 2006, and wine (and cerveza, and tacos pescados, and margs…) has gone a long way in easing the construction process. Manana is just the beginning. The real estate crash in 2008 bankrupted the developer of the Loreto Bay resort. Donald Trump’s planned development in Baja California (the northern state which borders on Southern California) was KO’d before it even broke ground. Fortunately Loreto Bay had enough momentum. There was too much investment, too much skin in the game. Home owners rose up, took control, many hiring their own contractors, and construction persevered. As I sit here writing this in our little casa I can hear hammers in the distance, trucks moving dirt, and workers kibitzing – there’s much energy and progress still.

Also: just because a label here says “Chardonnay” doesn’t mean the wine will taste anything any reasonable definition of the varietal.

Finally: California wines here cost about 300%+ more than they do back home.

L.A. Cetto may well be the two-buck chuck of the Baja. It’s a big, well known brand. Most of their bottles, at least on store shelves in Loreto, are about 120-150 pesos ($10-12 USD) for the whites. High acidity with their “Blanc de Blancs” is the order of the day; as is a general lack of balance. The lighter fluid-tinged finish is a bonus. Maybe it’s an acquired taste. Over the years, I’ve come to actually find them acceptable, decent perhaps in a quirky way. I suspect L.A. Cetto does better with reds. Again, I wonder how transportation, from the Guadalupe to the north down to Loreto (about 1,000 kilometers), impacts the wines.

One of the most powerful examples of social networking I’ve experienced first hand is related to the diverse, geographically dispersed network of Loreto Bay homeowners. We come from all over. Many who bought in the boom days, circa 2005-2007, came from Western Canada. The oil industry helped – buyers from Calgary, Edmonton are plentiful. As are those along the western coast, with easy air access to Loreto (usually via LAX), from places like Seattle, Portland, and San Francisco. Most of us were devastated with the news that the Loreto Bay developer had gone bankrupt. Only about two to three hundred of the planned 5,000 (!) adobe homes had been completed, or even started. Rebar jutted to the sky. Bank accounts were depleted; retirement dreams crushed.

Home owners were initially out-gunned. The developer had created layers of protection. Lots of cash went into the operation, primarily from home owners who paid construction draws as milestones were reportedly met, and something less than “lots” came out. Development by a non-Mexico entity is no doubt a tricky endeavor.

Soon we realized that we had plenty of skills amongst us. Some home owners were lawyers. Others experts in construction, or accounting, or medicine. Together we could be formidable: but how to coalesce all this knowledge?

My wife, Loni, and I took a flyer in 2009 and started a social network “Club Loreto Bay,” based on a social networking platform called Ning. We had no idea if it would work, if people would see value, or if information sharing was important or as powerful to others as it was for us.

One of my favorites is a bottle I found in the cellar of a local gourmet called “Dali’s.” It’s also where I buy some of my meats – large, meaty hamburger patties, terrific cuts of steak. A screw top, the Anakena Chardonnay (Central Valley 2011) is a light-bodied white. There’s plenty of character, but it’s under control – fruits without too much tang, enough butter, but not too much. On a hot night, it’s a pleasurable wine to share with friends. At 146 pesos ($12 USD) it’s a diamond in the rough. Sure, it won’t bring the complexity or sophistication of a Grgich or Franciscan, Napa wines you can also find at Dali’s, but then again you’ll pay a quarter the price, and potentially avoid weather damaged goods.

Home owners began using the site to create groups based on specific topics–some serious such as the near-abandoned Posadas (condo buildings), others more closely aligned with our original vision for the resort, such as kayaking, diving and hiking. Issues, such as delinquencies could be brought to everyone’s attention. Information related to contractors could easily be shared. Community challenges such as power, propane gas, and access ways could be discussed – groupthink resulted in a plethora of ideas, and solutions that would’ve been impossible to otherwise.

Most importantly we could all share big secrets, like how on earth do we stream Mad Men, Game of Thrones, and Homeland to the middle of the Baja desert?

Loreto Bay now has a wine bar along the Paseo. That’s something that even just a few years ago, when we were on the verge of completely writing off our investment here, would seem near impossible. The “Wine Cellar Nopolo” feels immediately familiar to us gringos. There’s LCDs placed strategically, airing NHL, MLB, NBA and NFL games, season depending. Couches adorn the far right corner where one can get cozy in conversation with friends and visitors. A long bar with stools dominates the rear. Best of all, you’ll actually find a wine list here with more than just three offerings (bubbly, red, or white is a common “wine list” at restaurants in town… though that’s changing). A cellar at the rear doubles as a locker service for home owners who want to store bottles.

It’s still early in the hunt. There’s many more Baja wines to explore. Departing SFO for LTO is always a celebration – to visit this beautiful region of the world, with its incredibly friendly people, and opportunity for outdoor adventure is a luxury I will never take for granted. But in the back of my mind, I know that for a few weeks my wine regimen will encounter some ups and downs. I will need to let go of the comfort zone of Napa, and Sonoma, and Livermore. Not that we can’t find South American or Baja wines back home. There’s something special, though, about seeking them out here, turning a corner in town in our white Hyundai/Dodge (“Attitude”) rental and discovering another bodega. More often than not they’re serving up finer vinos, giving us a welcome change-up from our trusty BBQ buddy, Tecate.