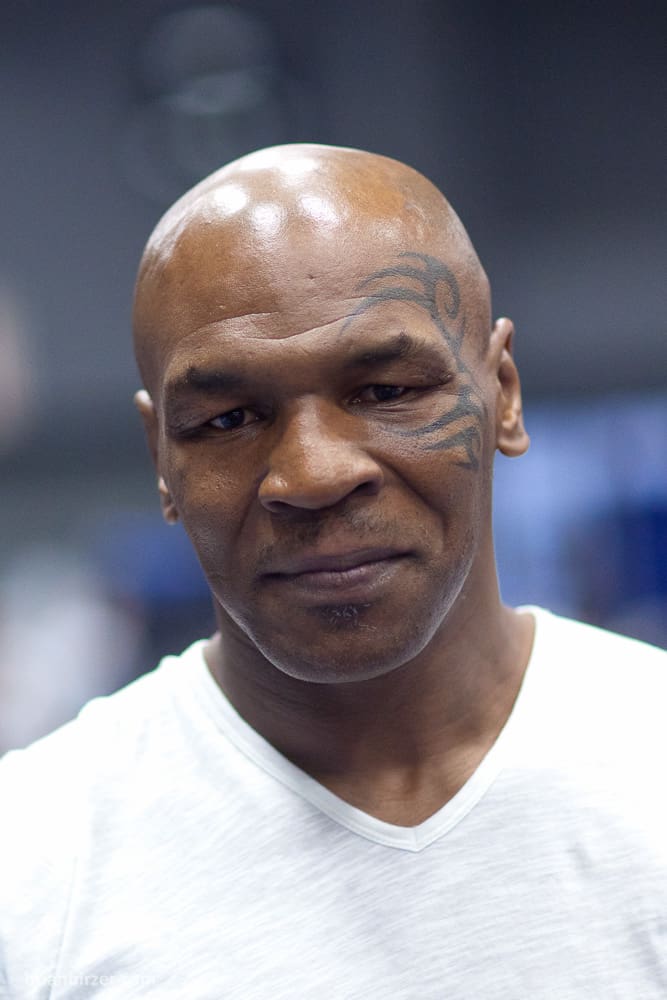 By all accounts it should be a train wreck. Give a former heavy-weight champ two hours to zig-zag, skip, curse his way across a stage normally reserved for touring Broadway shows like Wicked and Fiddler on the Roof. Ensure the content includes lots of references to hoes, pimps, drugs. Then add a rowdy, decidedly non-theater, booze-fueled crowd to the mix. Throw a match, and run.

Out of all the chaos, rough edges and NPC last night at the Orpheum, however, something unexpected emerges:

A humbled Mike Tyson; with a surprising gift for entertaining, story-telling.

He’s the first to admit, sitting with a contemplative pose as the curtain drops with blaring music pounding into our skulls, that it’s more than slightly bizarre for this “ear biter” and “prozac popper” to find new life as a stage performer. “I’m domesticated now,” he says. With all the nervous energy in the building, it was somewhat reassuring. I had made side bets: would Tyson would be first to jump into the crowd, savagely destroying the place, or would his loyal barbarians at the gate charge the stage, as if it were 1986 all over again?

“I came from the gutter.”

Tyson’s story needs no introduction. And it resembles the traditional structure of oh-so-many Hollywood tales. He grew up in Brownsville, a rough and tumble Brooklyn neighborhood where street fighting was the only means of survival (“It was love at first fight”). Trainer Cus D’Amato (whose mention received tremendous applause) recognized potential, took Tyson under his wing, and told him he’d be the youngest WBC Heavyweight champion ever. With a second round TKO against Trevor Berbick that’s exactly what happened. From there, the money, the women, the drugs followed. By the time Robin Givens entered his life, Tyson’s unstable lifestyle (cocaine, violence) and lavish spending (Rolls Royce Cornish, Lamborghini Countach, various homes) had become tabloid fodder. Everyone knew the fall would come. It had to.

If there’s one key element that makes Undisputed Truth more than just a Charlie Sheen-esque side show, it’s the decision to sign on Spike Lee as the director.

A large screen dominates the otherwise spartan stage in this production. Tyson essentially narrates his life, as we watch short video clips, photo montages. Occasionally he re-enacts a key moment. I dare say the scenes where he replays his conversations with Cus, his eternal mentor, are poignant. Without that father figure who implored him “to listen” and taught him how to read, Tyson concedes he’d have probably spent his entire life in jail.

There are several dark moments.

Rape comes up at least twice. This is where the “undisputed” element of the show comes into question. Tyson says he went to jail for something he didn’t do. When I shot interviews at San Quentin a few years back, I can’t count the number of times I heard that refrain. It was there he found solace, and Islam.

Brad Pitt is referenced in one of the production’s more humorous moments (and there are several). It will be interesting to see as the show makes its way to Los Angeles, if the two will reconnect again, if under friendlier circumstances.

By the time Mike Tyson had burned through $400 million (!) and is “homeless and hoeless” you can’t help but hope for redemption. He seems so committed to righting his wrongs, that I’m inclined to give him that chance. As if to reinforce his case, we see photos of his children (who, as he says with glowing pride, all attend Ivy League schools), and even one with Evander Holyfield, apparently letting chewed ears be bygones. 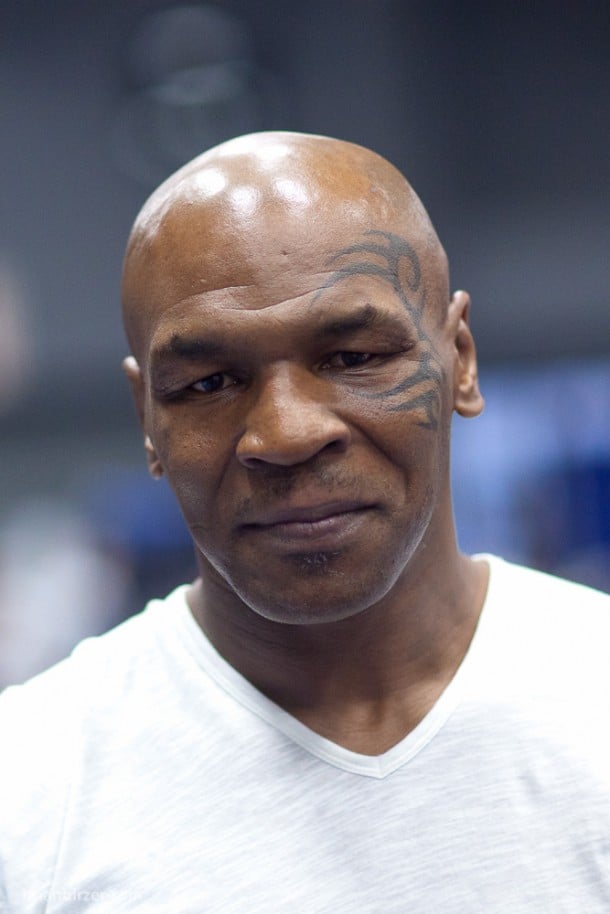 If there’s one key element that makes Undisputed Truth more than just a Charlie Sheen-esque side show, it’s the decision to sign on Spike Lee as the director. There’s undeniable artistry in the presentation – video clips are introspective, thoughtful. Though I was expecting some dramatic boxing footage, fortunately Spike avoids turning the evening into an ESPN best-of-knockout reel. Tyson’s fans would eat that up, but we’ve seen it already. The even pacing is obviously well thought through. And there’s little doubt Tyson was heavily coached by Spike on delivery, body language.

There’s quite a few rough edges. On opening night in San Francisco, Tyson constantly fumbled with his ear piece. And more than once appeared to be receiving instruction to speak louder. To enunciate clearer – over time he repeatedly slips into a soft, slightly slurred rhythm that reminded me of Robert DeNiro doing Marlon Brando in front of a dressing room mirror in Raging Bull. He’d respond by repeating his last few lines louder so the upper balcony could hear. But rather than detract, these moments in fact fortified that this was a person in transition, that this wasn’t Broadway bubblegum.

Mike Tyson tells us he doesn’t want to fade away. That his legacy matters to him. Increasingly in his career, he knew he had to go for the knock-out. He had burned too many bridges, beaten up too many people (Mitch!), kicked his way to the front of too many Burger King lines to earn even a smidgen of a break. With his one man show, he’s done something remarkable, even if not chart-topping. Here’s a controversial man, baring his soul in front of thousands in a medium in which he’s absolutely unqualified. Comfort zone this is not. Yet, it works. Undisputed Truth could be the boxing world’s version of Rita Moreno in Life Without Makeup.

To see a half-broken, half-reformed man attempt to rise up earns him a clean decision.

After the show, I was pleased to discover that my car will still in the lot, that the homeless guy I gave $5 to had indeed not done anything untoward. But the real bonus came when I flipped on KQED as I darted in and out of traffic along Howard, and heard the replay of the Mike Tyson interview – is Michael Krasny one of the best interviewers on planet Earth or what?!

I missed the beginning, but here’s a few interesting tidbits from the discussion:

Tyson concedes that he only knows how to live life at the extremes, that he  must either have it all or nothing. Now, he’s trying to live in “the middle” – and to do that requires “a lot” of people and support around him.

He doesn’t miss fighting at all, and no longer has the spirit to fight.

On losing his daughter Exodus (in a freak accident involving a treadmill cable), “You’re forced to accept it. But you don’t.” … “But you have to, or you might as well dig a grave for yourself.”

His biggest fight now: with himself.