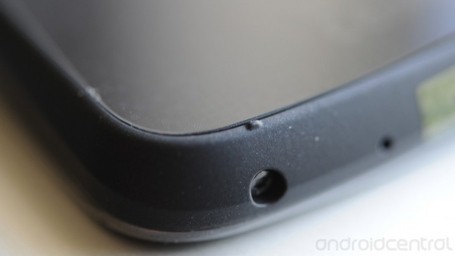 Recent Nexus 4 buyers may have noticed something new with Google’s flagship Android device: nubs. The tiny rubber feet sit on the rear of the phone, and according to The Verge, prevent the phone from slipping off surfaces like a bar of soap.

Early buyers circumvented the phones notoriously shift happy ways by using the bumper case – also available direct from Google Play. But some complained about the additional bulk that the case added to the otherwise svelte LG design.

With the nubs, the Nexus 4 rests just slightly above any surface, and the rubber provides the necessary friction and reduce heart palpitations in the process.

The Nexus 4 was launched November 2012. Google experienced strong demand, and the phone smartphone quickly sold out. Today, the phone is now readily available for $299 (8GB), and $349 (16GB).