It’s a big day for tech news. Here’s a bite-sized roundup of some of the biggest headlines in the world of technology, which include an updated look for Yahoo, the big reveal of the nextgen Sony PlayStation video game console, and tantalizing new information about the one of the biggest innovations for 2013, Google Glass.

CEO Marissa Mayer unveiled on Today a refreshed version of the Yahoo home page. Boasting a simpler, cleaner look, the updated page features news stories prominently. One of the first things you’ll notice with the new “Yahoo! experience” is a news section with an infinity scroll. You can scroll headlines virtually forever. The decision to base the new design around news appears to follow in the footsteps of what Google has done with its own news section. This, of course, is not much of a surprise given that Google was Mayer’s previous employer.

Other changes include the ability to login with Facebook, dollops of purple liberally applied throughout, more white space, and a cleaner font.

According to a poll on the Today web site, about a third say they “love it!” while another third say they don’t see any difference. With the remaining responders either not approving of the change (“Ugh!”) or not liking the very concept of change.

But… in an increasingly mobile world will consumers care? We should find out soon enough. So far the prognostication does not appear good. Nintendo beat both Sony and Microsoft to the punch when it released the Wii U, its next generation video game console. But sales have disappointed. Underwhelming may be a better descriptor. January sales came in at just over 57,000 units which is way off target.

Today, Sony will unveil the PlayStation 4. Though it won’t go on sale until later this year, the press event should give us plenty of eye candy, and tech specs to chew on.

Reports indicate that the PS4 will run an AMD chip, be able to stream PS3 games over the web, feature a touch-screen controller, and be controllable via smartphones and tablets.

Here’s some of our favorite sources for more on the PS4: 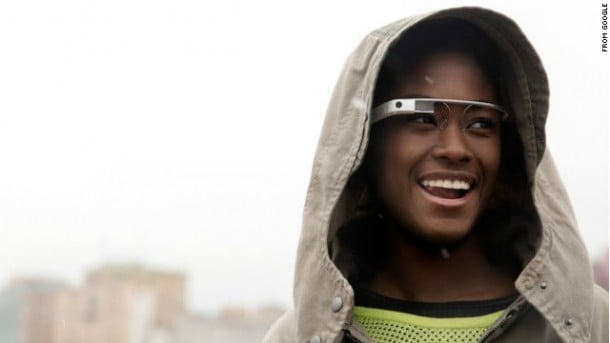 Google’s secret project became decidedly less secret today. One of the search giant’s many futurist projects, Google Glass aims to change the way humans interface with computers. Looking very much like a pair of glasses, but with one tiny lens, Glass provides the user with real-time, contextual information about the environment. It could be a glimpse into the future of computing.

Google revealed several things about Glass today. A video demonstrating the user interface was published. And a contest was announced that opens up the developer kit ($1,500) to those interested in creating the next killer app.

How does it feel to wear Google Glass? CNN has a look (“Commanding the headset is as easy as uttering the words ‘OK, Glass,’ a clever use of real-world speech to engage the device’s listening mode.”).

Its expected Google Glass will be made available to consumers some time in 2014, with the emphasis this year on development, out-of-the-box applications for Glass, and, assuredly, buzz generation.