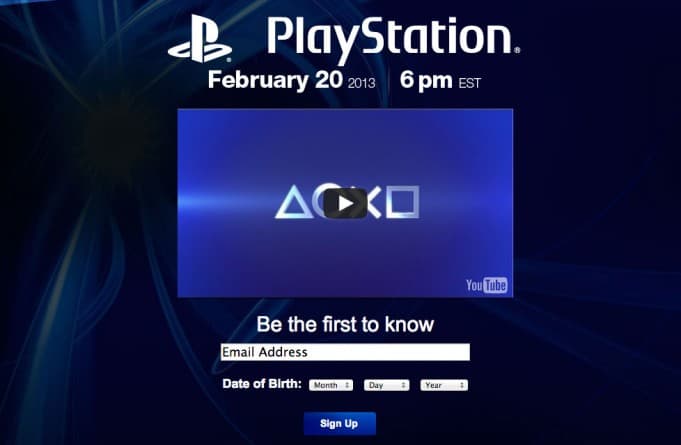 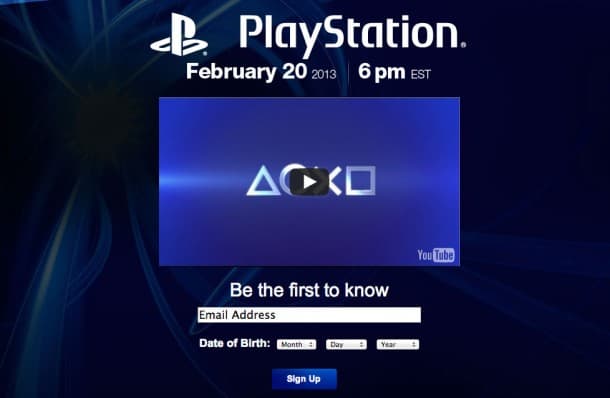 Later this month, Sony will strike first in the next chapter of the on-going console war. Invites have been sent for an event on February 20th in New York City, all but officially confirmed to be the big reveal of the PlayStation 4.

Code named ‘Orbis’ the new console, which will replace the aging PlayStation 3, is widely expected to include built-in DVR-like functionality that will enable gamers to record up to fifteen minutes of game play, review it and then share the clip on YouTube. Similar to Nintendo’s Wii U, the PS4 controllers will feature a touchpad (between the start and select buttons on the current DualShock controller). Processing power, based on an eight core processor, is rumored to be 1.84 teraflops, and it will likely ship with 4GB memory. Some sort of 4K “Ultra HD” capability is almost a certainty.

Backwards compatibility (the ability to run previous generation PS3 and PS2 games) appears to remain a question. Some outlets are reporting it’s a forgone conclusion that the new console will run older games, while others are reporting that Sony had to abandon the idea in an effort to re-architect a next generation architecture.

The PS3 has sold in excess of 70 million units, but has not dominated the market as it did in the 1990s primarily due to stiff competition from the Microsoft Xbox 360. Microsoft is also expected to release its next generation console this year. Analysts will no doubt be at the ready to assess Sony’s early announcement – will the first-mover advantage help the Japanese electronics giant rebound? Being first appeared to help Microsoft in 2006 when it beat Sony to market with the Xbox 360.

The video game consoler market has been on a slow decline as consumers have turned to mobile devices, notably the iPhone iPad, for gaming. Games sales for consoles have contracted every month since December 2011. It remains to be seen if the market will shift back in favor of consoles, or if the mobile generation has forever moved forward.