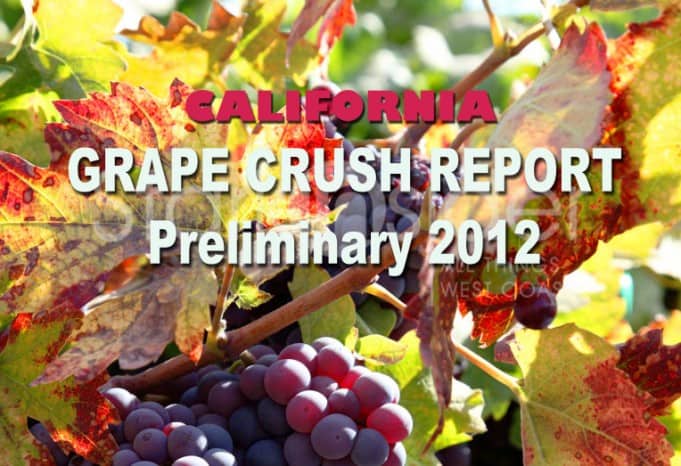 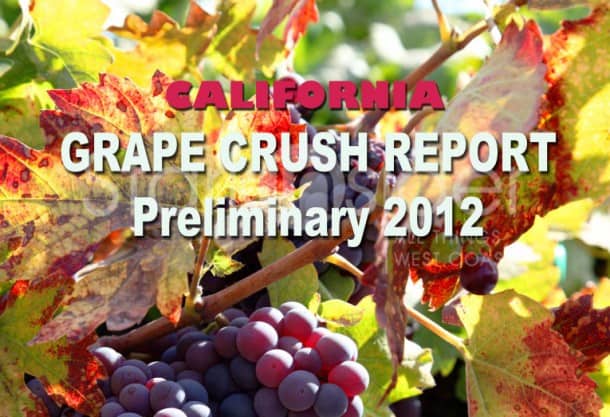 It’s official: 2012 was a record crush for California.

According to the National Agriculture Statistics Service, total crush for the year came in at a a record high 4,383,100 tons. That’s up 13% from last year and 1% better than the previous record set in 2005.

The report, which is still dubbed “preliminary,” notes that red wine varieties accounted for the largest share of all grapes crushed, at 2,289,783 tons, up 19 percent from 2011.

Other interesting points from the 143-page report:

No surprise that red wine, at $879 per ton, continues to be the most expensive California grape.

We’ve been hearing for months that 2012 was a terrific year for output, and this preliminary report appears to all but confirm there will be significant volumes of California market hitting the market in the next few years. The final version will be published a month from today, on March 8, 2013 on the NASS web site.