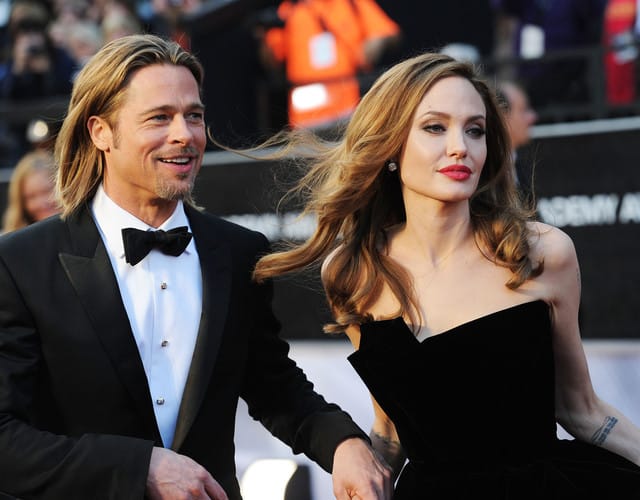 The power couple’s new rosé called ‘Miraval’ (formerly ‘Pink Floyd’) is made with the help of winemaker Marc Perrin and his family. Organic grapes will reportedly be sourced from the couple’s 1,000-acre estate in Correns, France.

We’re told the plan is to release white wines in the summer and reds in the “near future.”

Bradd Pitt said, “We are intimately involved and quite enthused over the wine project with our friends the Perrin family.”

“Brad and Angelina are very friendly, nice people and down to earth,” said Marc Perrin in this interview with Bloomberg. “They’re thinking long term.”

If drinking a wine made by the legendary Hollywood couple weren’t, the wine is expected to bear the names “Jolie-Pitt and Perrin” and ship in a unique bottle which they helped design:

The news comes as the domestic wine industry continues to grow. In addition, the 2012 harvest in California was recently cited as the best ever.

No word yet on price or availability Stateside. But expect it to fall somewhere between $2.99 and $20 million.