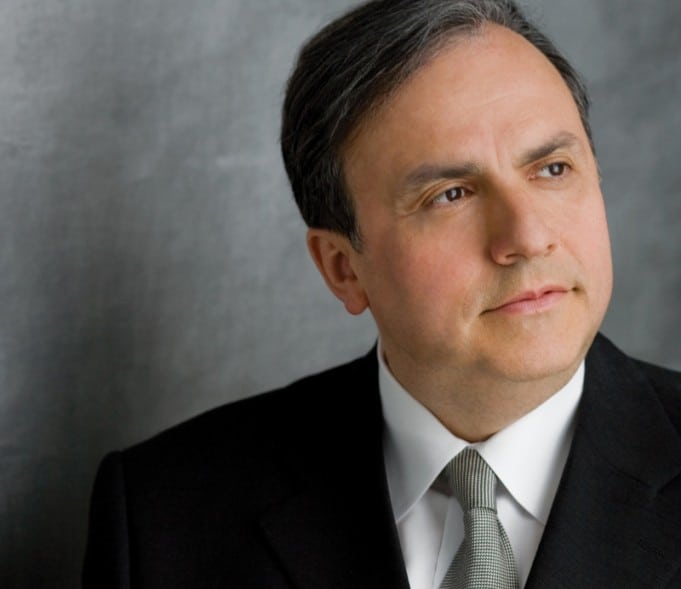 Yefim Bronfman at the SF Symphony

I confess, when pulling together my reviewing calendar, I didn’t pay much attention to what was on the program after learning that Yefim Bronfman would be performing Beethoven’s Emperor Concerto at the San Francisco Symphony. Bronfman’s soulful agility at the piano is enough to get me out of my office regardless what else is on the program. However, in this instance, my lack of attention was just as well because the program changed several times – and from what I could piece together, it kept getting better and better, until the pairings of pieces were perfectly balanced.

The evening opened with a Richard Strauss piece entitled Til Eulenspiegel’s Merry Pranks, Opus 28 (1895). Til Eulenspiegel was a brilliantly colorful, multi-layered piece that draws heavily on woodwinds and brass. With bits that are sinuous and sexy, it leaves you worrying about what’s around the corner, which was, no doubt, Straus’s intent in this tone poem.

The Strauss was immediately followed by the premier of Mark Volkert’s Pandora (2010). Volkert has been with the SF Symphony for forty years, serving assistant concertmaster since 1980. This piece paired well with the Strauss, in part, because like the Strauss, it was extremely colorful.  Unlike the Straus, however, the color seemed unlikely as there was nary a brass, woodwind or percussion player on stage. Instead. Volkert’s color stemmed from varied bowing techniques. The piece opens with the strings playing sul ponticello (very near the bridge), which produces a breathy tone, almost like a distant radio signal, which in this piece signals immediate danger.  The players riffs through a half dozen other techniques, all of which gave the sensation that something other than strings was present.  This unexpected sense of color in a string orchestra was just one of the striking elements behind this hugely successful piece.

Volkert spoke of the importance of “actually practicing the art of listening carefully, yet not allowing yourself to become too obsessed with details.”

Volkert’s Pandora relied on repeated cadenzas – or solo sections in which the player gets to display what Volkert called “shameless gimmicks of purely technical proficiency.”  Given that these “shameless gimmicks” also included cadenzas from quarters rarely heard from, such as the double bass and viola, they were intellectually fascinating, particularly as they fell neatly in a perfect sonata form. If you were concerned about what lay around the corner with the Strauss, with Volkert, you were equally concerned about what came next.  This piece needs to be performed again.

Bronfman performed after intermission. The first three scalar riffs up the keyboard, punctuated with extended trills let you know that you were in a reliable master’s hands. By the time the  orchestra took off with the first heroic theme, the audience was on its way to a stunning ride.

ALSO: That which was old is new again: ‘A Christmas Carol’ at A.C.T. a smashing good time

Some of Volkert’s observations apply to Bronfman’s performance. In the program notes, Volkert commented on listening carefully. Almost every classical music fan talks about listening, what they hear, what they’re afraid they might have missed, and what came through with their new speakers. More specifically, Volkert spoke of the importance of “actually practicing the art of listening carefully, yet not allowing yourself to become too obsessed with details.”  This remark jumped out at me with respect to Bronfman’s performance because pieces like this, in the hands of masters like Bronfman, make it so darn easy not to listen carefully, but just to get carried along. Given that Beethoven integrated the solo piano more closely with the orchestra (instead of relying exclusively the competing sections between soloist and orchestra), the extra attention pays off.

Beginning with the trills on the scalar riffs up the keyboard at the outset, Bronfman seemed to develop small aspects of this more fully than the Rudolf Serkin recording that I’m most familiar with. This sets the listener up to better appreciate the lush heroic motif and the quiet passages that follow in the first movement. While Bronfman is occasionally criticized as an interpreter, nothing here merited such criticism.  His measured and restrained approach to the second movement infused it with a gentle sweetness that I’d forgotten existed in this piece.

Bronfman will be playing with the SF Symphony through the 8th. This is one concert you want to take in this December.