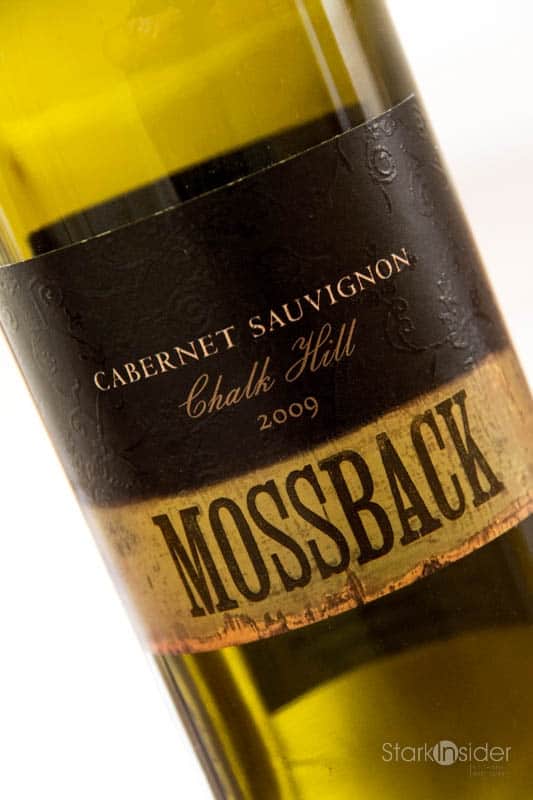 What exactly is a Mossback? For one, it’s a wine. As in this Mossback 2009 Cabernet Sauvignon ($25) from Chaulk Hill in Sonoma’s Russian River Valley. I’m picking this sleeper (or “little garage wine” as owner John and Lane Giguiere call it) as the Stark Insider Wine of the Week for a few reasons.

First, this is a lush, well-made Cab that shows off a sophisticated intensity so familiar to the Chaulk Hill sub AVA. Here, the porous volcanic soils produce a concentrated grape – resulting in leather-y, dust-y, and tobacco-y notes that are a real treat for those that appreciate wines with character to spare. I paired this one last week with a grilled Porterhouse (with steak fries, of course); nary a veggie in sight. The only let down on that evening: the film… The Hunger Games.

Then there’s the price. These days many in the wine business in and around Napa and Sonoma joke that any Cab under $100 is a veritable bargain. A steal! A bit of an exaggeration, yes. But there has been a steady increase in prices of well-made Cabernets, even those that are not considered “cult” wines – the Scarecrows, Harlans, Opus Ones, Screaming Eagles of the fine wine world. Fortunately, for the rest of us, “regular” wines are still being made. And, thankfully, they’re anything but regular.

As an aside, the Giguieres previously had a hand in producing one of my all-time guilty pleasures: Toasted Head Chardonnay. Look for it at Costco or – surprise – the Amazon wine store.

Sourcing this Mossback might be a tricky affair. Only 1,200 cases were produced. Once again, a quick search on the new Amazon wine marketplace did reveal at least one source, so you might want to give that a go.

Oh, and that other Mossback?

That would be an old fashioned term for farmer – those who worked the field from sunrise to sunset.