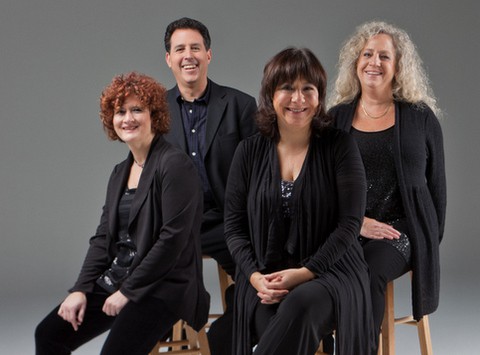 Dubbed “Osmosis,” the 14th season of the Ives Quartet opened last week. This group occasionally flouts convention, which makes them a treasure for music fans in the south bay. For example, at Friday’s concert, cellist Stephen Harrison spoke to the audience between every piece, providing context for what would follow. This small gesture breaks down the wall between audience and performer, leaving the listener better able to appreciate the group’s offerings.

As Harrison explained, Cowell’s String Quartet No. 4, United Quartet is a bit of an oddity, given its five movements, five bar phrases, and 5/4 time.  That said, this was easily the most accessible Cowell I’ve heard in the past several years. Stephen’s mention of the unusual time signature was an immediate challenge to follow the beat of this piece, which was easy to do, even though accents appeared in different places across the five movements, as the strongly percussive-sounding music wended its way across native American, Arabic and other other ethnic melodies. This piece was a real treat because I was unaware Cowell had written string quartets, let alone pieces like this one.

ALSO: Not in an Election Year: Bloody, Bloody Andrew Jackson

The concert opened with another step in the IQ’s systematic trek across Haydn’s opus 50. This trek, which began in 2010, will be coming to a close at their next concert, when the group performs the last quartet in this series. Pointing to Haydn’s most likely programmatic intent, Harrison noted that the exuberant, extroverted fifth  quartet is sandwiched between the serious fourth with its fugue and baroque sensibilities, and the sixth, also known as The Frog. This is Haydn the jokester, with his intentionally wrong notes, lopsided timing and impossible fingering. András Schiff has noted that unlike modern audiences, Haydn’s public was familiar with his humor, and could anticipate such jokes without explanation. Performed by the IQ, these errors seemingly get magnified, as a delicious bit of silliness, to let the audience in on a joke that hasn’t survived the passage of time particularly well.

The evening closed with Smetana’s String Quartet No 1 in E minor, “From My Life.”  Written in the late 19th century, this was organized more as a tone picture, reflecting different passages of Smetana’s life.

The Ives Quartet will be hosting a salon on November 11th as part of their Music in Context series.  Although the topic of this event remains unknown, if their past salons are any indication, the discussion will be well worth attending.