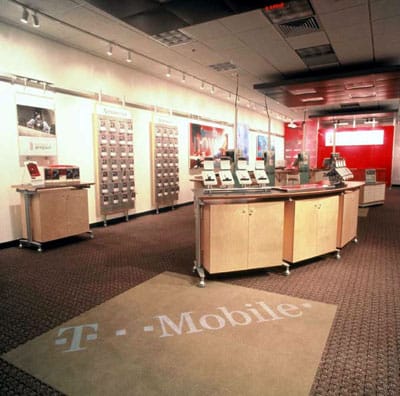 You’ve got to hand it to T-Mobile. While others are zigging, and capping data, the country’s fourth largest carrier is zagging, and unleashing unlimited data upon the masses. Starting September 5th, new and existing customers will be able to add unlimited data to voice plans for only $25 per month. “Unlimited Nationwide 4G Data” as it’s called by the company has no data caps or throttling.

As far as we can tell “unlimited” means unlimited in this case, and there are no hidden gotchas.

We’re told that to take advantage of T-Mobile’s new $20 unlimited data plan you will need to sign-up for a “Value” voice and text plan which starts at $39.99 per month. That puts the total out-of-pocket charge at a highly competitive $60 per month, significantly less than capped plans from AT&T and Verizon.

“We want to double-down on worry-free (marketing),” says Harry Thomas, T-Mobile’s director of marketing. “We want to eliminate the situation of ‘Do I want to stream Netflix for kids or worry about data overage?'”

Meanwhile rivals such as AT&T and Verizon Wireless have either eliminated or are in the process of eliminating unlimited plans and have introduced (the much loathed) data caps.

By comparison, AT&T’s plans start at $40 per month for 1GB of data.

Fans of tethering (sharing the data connection with other devices such as tablets and laptops) will need to look to other T-Mobile options as the feature is not supported under this new plan.

As was widely reported, T-Mobile lost over 200,000 subscribers last quarter, and is continuing to make aggressive moves to prevent further defections. Since the carrier does not offer the iPhone, the impending launch of the iPhone 5 (likely in September) could have further negative impact on the company; this new plan is seen by many as at least one preventative measure.

So far we like what we see. And don’t forget, T-Mobile also offers a $30 unlimited plan that is seen by many – especially SIM-swapping, unlocked Android enthusiasts — as a can’t-miss bargain. One catch: you only get 100 minutes of talk time.