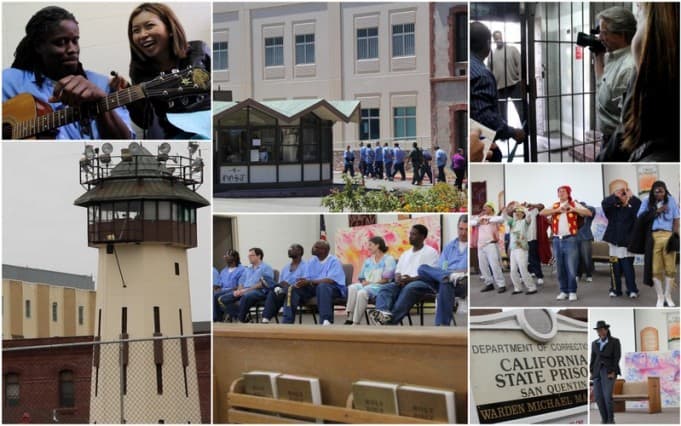 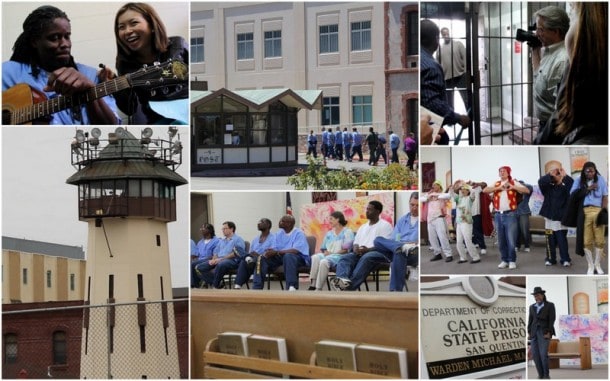 It’s not often we head out to see a show at a prison. But once a year, San Quentin State Prison invites the local press for a performance. Fortunately I was able to get clearance to bring my camera gear; that required detail background checks for both Loni (who plays the role of MC Hammer in this video) and I, plus an itemized equipment list. So we were off then to see Shakespeare’s Twelfth Night at a small chapel inside the notorious, maximum security lock-up.

The arts and prisons are often a controversial mix. Many question why these programs (such as Shakespeare at San Quentin) exist. After all, these are hardened criminals. Why, on earth, should they benefit from any sort of cultural enlightenment? Plus, there’s the cost. Educational funding is always under attack. If budget cuts should begin anywhere, goes the argument, surely we should look at those least deserving.

On the other side of the coin, theater presents an opportunity for growth and development. The human mind is a terrible thing to waste, and these guys are paying their debts to society – to treat them as animals would benefit nobody, atonement be damned.

“This program has been a challenge, and it has reaffirmed my courage and personal strength to think outside the box. The program has also helped me stay on the path of my authentic self.” Joey Mason, San Quentin inmate, “Feste”.

Dead Man Walking, though a fine movie, was never really my thing. Rot in hell I say!

As we crossed the Richmond-San Rafael bridge, these thoughts and questions percolated. I was also reminded of the gorgeous vistas at San Rafael Bay, some of the most prized real estate in all of the SF Bay Area. Once on the ground, I was admittedly slightly nervous. We weren’t going to a detached building in some sort of safe zone. This theater was on the very grounds of San Quentin. These weren’t petty criminals either. When (the extremely hospitable) Captain Samuel Robinson explained the gun-shot emergency training procedures, there was laughter all right. Nervous laughter.

Dead Man Walking, though a fine movie, was never really my thing. Rot in hell I say! After spending time at San Quentin, and mingling backstage with these prisoners – giddy and as nervous as school children – I came away questioning my perspectives on what it means to make things right, to value human life, whether it’s on the inside or the outside. I doubt I’ll have a complete reversal of thought; but I’ve had time to reflect and find myself hopelessly conflicted (I know, how Canadian).

“Being involved in the Shakespeare Program has been transformative. It has helped me to become a better listener and communicator. I also like that I can explore a character outside of who I am and bring him to life.” – Glenn “Luke” Padgett, San Quentin inmate and “Malvolio”

As for the performance, it’s not often you see a play under stark white florescent lighting. It was campy, joyous fun. This was their moment to shine, and once a year affords an artistic connection. Quite magical that theater can create these channels of communication.

Later, some of the inmates held an informal talk-back. One common theme: wrongful conviction. We were strongly reminded of that.

I wondered how appropriate it was to ask how they ended up here. It was the first question on my mind, and I’m guessing others too. I told Loni not to bring it up during the interviews you see in this video. To my surprise, the subject matter was often the first words out of their mouths. Drugs! Rape! Murder! Ahhh… wow, okay. This really is slightly different then  filming at Opera San Jose, Berkeley Rep, or at A.C.T. in San Francisco.

Kudos to Lesley Currier, Suraya Keating of Marin Shakespeare Company and the San Quentin staff for provoking the conversation, and inspiring so many. Thanks for inviting us to be a part of this very memorable day.

“…there are different types of prisons that people find themselves in – prisons of their own construction.” – Jonathan “JW” Wilson, San Quentin inmate.