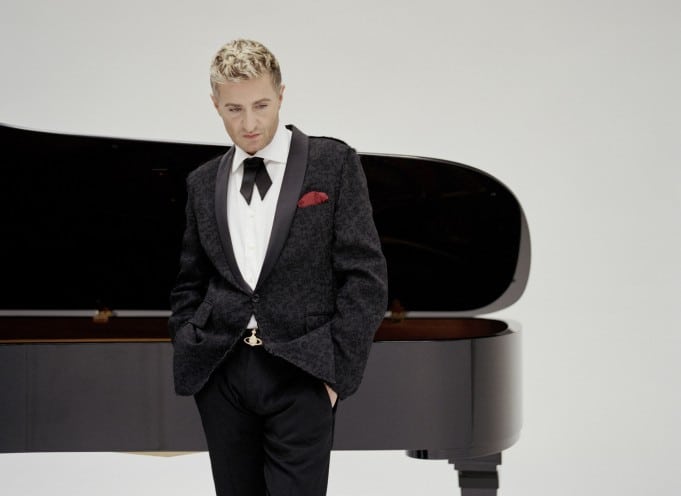 One of today’s most sought-after soloists, Jean-Yves Thibaudet has the rare ability to combine poetic musical sensibilities with dazzling technical prowess. His talent at coaxing subtle and surprising colors and textures from each work he plays has led the New York Times to state that “every note he fashions is a pearl. The joy, brilliance and musicality of his performance could not be missed.” Thibaudet’s musical depth and natural charisma have underlined a career with global impact, including 30 years of performing around the world and over 40 recorded albums. He was born in Lyon, France, where he began his piano studies at age five and made his first public appearance at age seven. At twelve, he entered the Paris Conservatory to study with Aldo Ciccolini and Lucette Descaves, a friend and collaborator of Ravel. At age fifteen, he won the Premier Prix du Conservatoire and, three years later, won the Young Concert Artists Auditions in New York City. Thibaudet was the soloist on the Oscar- and Golden Globe-award winning soundtrack to Universal Pictures’ Atonement and the Oscar-nominated Pride and Prejudice. In spring 2010, Thibaudet released his latest CD, Gershwin, featuring big jazz band orchestrations of “Rhapsody in Blue,” variations on “I Got Rhythm,” and Concerto in F live with the Baltimore Symphony and music director Marin Alsop.

Stéphane Denève is the newly-appointed Chief Conductor of the Stuttgart Radio Symphony Orchestra and has served as the Music Director of the Royal Scottish National Orchestra since 2005. Recognized internationally as a conductor of the highest caliber, Denève has won praise from audiences and critics alike for his performances and programming. With the RSNO he has performed at the BBC Proms, Edinburgh International Festival and the Festival Présences, and at celebrated venues throughout Europe including the Vienna Konzerthaus, Amsterdam Concertgebouw, and Théâtre des Champs-Elysées. He and the RSNO have made a number of acclaimed recordings together, including a survey of the works of Albert Roussel for Naxos, the first disc of which won a Diapason d’Or de l’année award. A graduate and prize-winner of the Paris Conservatoire, Denève began his career as Sir Georg Solti’s assistant with the Orchestre de Paris and Paris National Opera, also assisting Georges Prêtre and Seiji Ozawa during this time. At home in a broad range of repertoire and a champion of new music, Denève has a particular affinity with the music of his native France, and in recent years he has also premiered a number of works by the contemporary French composer Guillaume Connesson.

PRE-CONCERT TALK: Laura Stanfield Prichard will give an “Inside Music” talk from the stage one hour prior to each concert. Free to all concert ticket holders; doors open 15 minutes before.

CD SIGNINGS: Immediately following the concerts on April 20- 22, Jean-Yves Thibaudet will be signing his CDs in the Symphony Store.