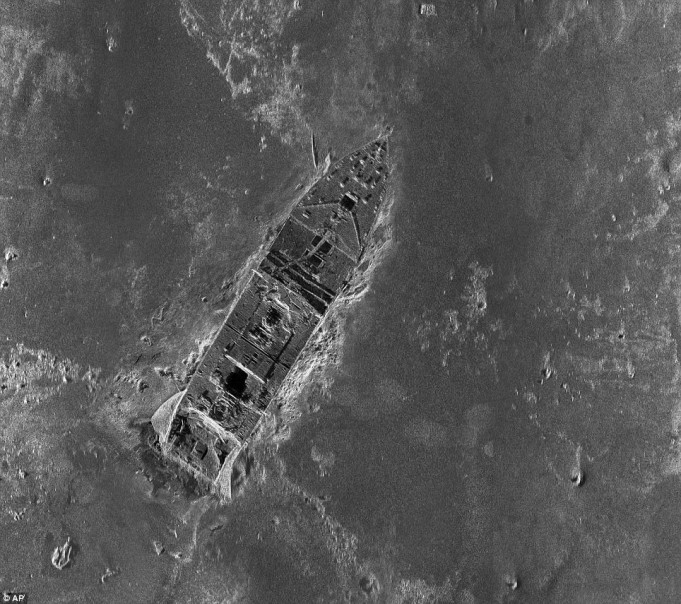 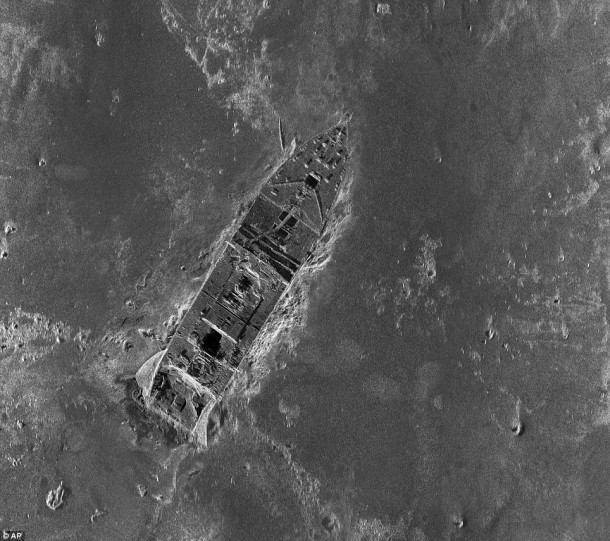 Oh, it was sad when the great ship went down…

You’ve probably already seen these new images of the Titanic floating around the web this morning. Just when you thought it impossible — you and I would be underestimating the human condition known as never-endo-curiositito–to extricate more stories, mystery or drama out of the site of the famous 1912 shipwreck, comes some fascinating sonar images.

According to researchers this is the first time the entire 3×5-mile debris field has been mapped (in the summer of 2010). By using some 100,000 photos taken by underwater robots and sonar imaging, they were able to create high resolution compositions. Hundreds of objects and pieces where the ship hit ocean bottom are now visible. The goal is to help reveal further clues as to what happened that fateful night.

It’s quite a remarkable accomplishment. Once again, I find myself drawn in by the mystique that is the Titanic.

I like the way historian Parks Stephenson explains the mapping process: “With the sonar map, it’s like suddenly the entire room lit up and you can go from room to room with a magnifying glass and document it.”

And, another neat discovery…

The History Channel is prepping a documentary on the research. In this shot (below) you can see three researchers huddled around what looks like either an Adobe Premiere Pro or Final Cut Pro timeline with two output monitors showing footage. Being a video editing nut, I immediately honed in on the timeline. All those tracks, cuts; just slightly more complicated than the typical Stark Insider TV segment!

Those their history mixed together with some keen science and technology, should read this article over at the Daily Mail. I admit to getting more than a few goosebumps.