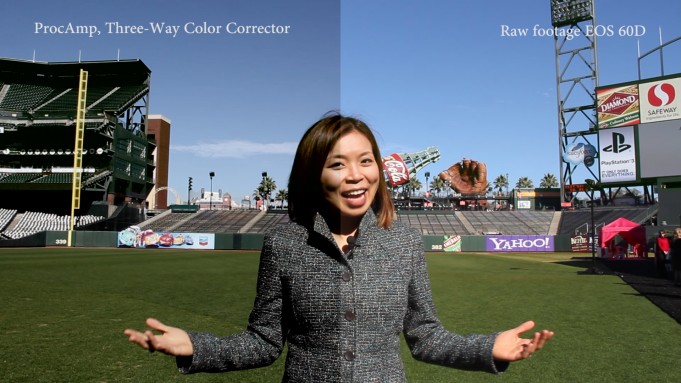 Here’s some outtakes from the hallowed grounds of the San Francisco Giants. I shot this yesterday at AT&T Park where we attended the annual Heroes & Hearts luncheon. A truly inspiring cause, the event helps raise support and awareness – via the SF General Hospital Foundation – for hospital programs that might otherwise go unfunded. We’ll have more on the luncheon, a profile of one of the artists (only 15 years old, youngest ever!), footage inside the incredible tent that they put up right on the outfield, and interviews with organizers. Over 1,000 people turned out for the $300/plate celebration.

On the way into the park I could hear a wonderful trumpet.

Turns out it belonged to the dancing kid with the horn himself, Gabriel Angelo. Check out the short clip in this outtake reel. Can this guy dance, entertain or what?! It was a highlight among highlights on this ridiculously balmy day.

I may have missed the announcement, but in case you haven’t heard, Winter in San Francisco has been cancelled. Reports suggest it will be saved for summer.

As we’re wont to do, Team Stark couldn’t pass up the opportunity to do some classic spins — the kind of silliness that put us on the Napa map back in the day on Wine Tube TV, and makes people laugh (sometimes) and me cringe.

Stay tuned for more from the amazing event.

For those that follow my DSLR travels, some quick notes. I shoot on a Canon EOS 60D. For second camera set-ups I use a Rebel T2i for additional angles. Sometimes, if I’m feeling nostalgic I even shoot b-roll on an old school Flip.

The audio on this reel is unprocessed. It’s captured via a Rode Videomic Pro, a compact and extremely versatile do-it-all shotgun mic. Later today when we run the footage through for a final cut, we’ll sync the audio captured by the lavaliers. We use portable field recorders by Zoom (H1s) for that – and they also work incredibly well.

For editing, we use Adobe Premiere Pro. Here, I’ve done some basic color correction. For those that know their effects, ProcAmp and Three-Way Color Corrector –  look at the end of the reel (about 0:50) to see a before after look of how I’ve boosted contrast, increased the green of the AT&T Park grass, and generally tried to make the final image look less like traditional news video.

If you want to follow a long, I write about DSLR, review gear, and share tips here on Stark Insider in my DSLR column. 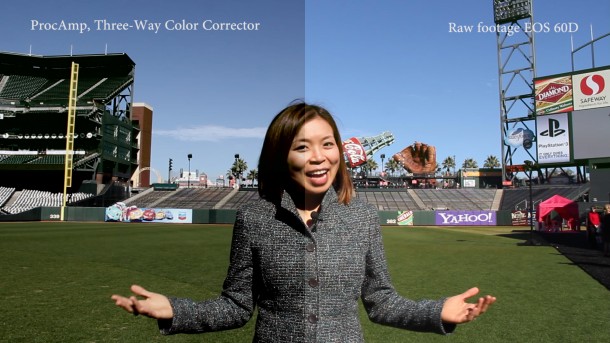