Cinequest rolled out the red carpet for a classy media launch party last night in San Jose. Now in its 22nd year, the festival is often regarded as the place to discover the “future of film.” I consider it one of the city’s cultural jewels. According to co-founder Halfden Hussey this year it should draw almost 100,000 people to downtown – amazing that the event continues to grow year over year, even, as was pointed out last night, during economic downturns. No doubt films help us escape, keep our minds active, open us up to new ideas, perspectives.

It’s been a wild few months for film across the San Francisco Bay Area. We experienced the inaugural Napa Valley Film Festival, and before that the classic and influential Mill Valley Film Festival. And we’re just coming off of the daddy of them all, Robert Redford’s Sundance. But what I like about CQ is that it marries the innovative roots of its home base — Silicon Valley — when it comes to filmmaking technique with an eye towards discovering next year’s great talent. Case in point: Apple co-founder and board member Steve Wozniak figures prominently in the festival’s direction and belief in taking risk; and first time feature directors such as Mihn Duc Nguyen (Touch) and Aaron Houston (Sunflower Hour) are featured at this year’s 13-day festival (opens Feb. 28).

Team Stark was on hand for the update, and to get an early peak into what’s in store. Here’s what you need to know.

Over 180 features, docs, shorts will screen at CQ. Associate director of programming Mike Rabehl told me that he was “extremely pleased” with the quality and diversity. I tried in vain to get him to pick favorites, and of course that’s an impossible question for the guy who leads the selection committee to answer. He just smiled and shook his head, “I can’t do that!” These are all his and the CQ team’s babies.

One significant addition this year that we’re huge fans of: Gourmet Food. In keeping with the increasing popularity of the San Francisco Bay Area – including Silicon Valley – as a world-class dining destination, it was smart to include a strong foodie element. Chefs Michael Mina (who is partners with Andre Agassi in a management company with over 15 restaurants) and Michael Miller (Silicon Valley Capital Club) will make appearances and are sure to satiate film-goers appetites in style.

In addition, on “Encore Day,” the bonus day when all award winners receive additional screenings, Gourmet Trucks – the latest craze to sweep the region – will hit downtown San Jose (this is open to the general public).

We love this new component. After all, who doesn’t appreciate gourmet food and fine wine with their independent film experiences?

As in years past, a different restaurant will host “VIP Soirees” from 5pm-7pm each day, followed by after parties that run from 9:30pm to “whenever.” All the favorites are here including Palm Bar, Gordon Biersch, Loft Bar & Bistro, Eulipia, Tanq (hot!), Pagoda, the Fairmont, among others. 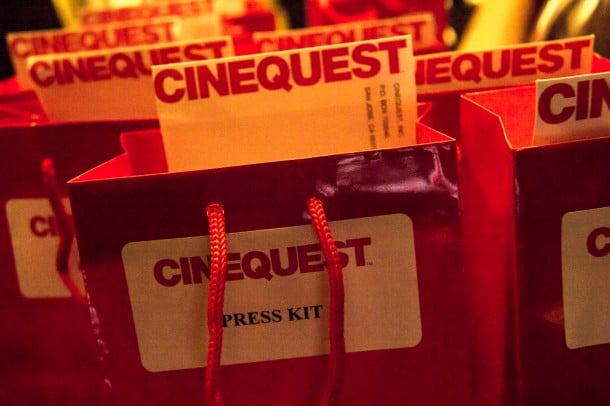 27
The Barefoot Humanity
Battle of the Queens
Close to Heaven
Heavy Girls
How I was Stolen by the Germans
The Hunting Season
In Search of a Donkey
The Last Guest
Meconium
The Other Family (La Otra Familia)
P.O.V. A Cursed Film
Stormland (Rokland)
Salt (Sal)
Theater Svoboda
A Trip
Twittamentary
Visible World
Young Souls 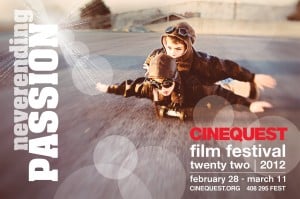