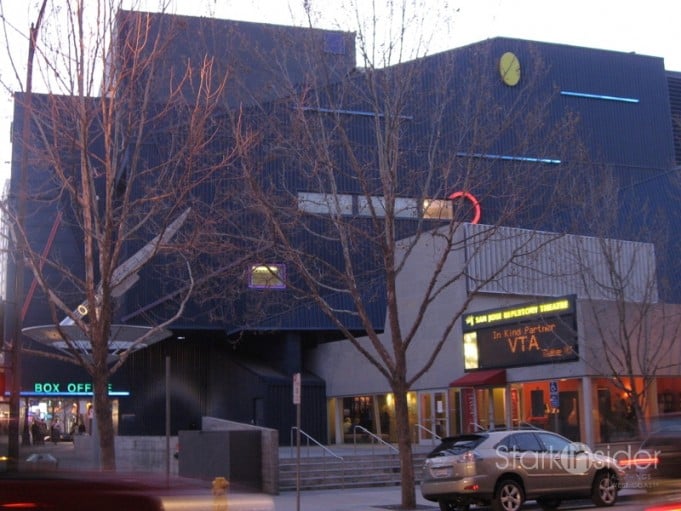 If you think you can sing, here’s your chance. We just got word from SJ Rep about this contest. Sounds like a lot of fun! Here’s what we’ve been told.

Five Broadway stars are giving away the chance to join them on stage in Neil Berg’s 101 Years of Broadway at the San Jose Rep on Wednesday, February 15 at 7:30pm.

Neil Berg’s 101 Years of Broadway concert features Broadway stars from The Phantom of the Opera, Dreamgirls, Into the Woods, Les Miserables, and Jekyll & Hyde singing the finest hit songs of the last 101 years of Broadway musicals.

Up to two winner(s) and up to 10 runner(s)-up will be selected by the show’s panel of industry experts (including producers, singers, and managers as well as Neil Berg himself).

To submit, contestants should upload a 90-to-120-second video clip of themselves singing a Broadway favorite to YouTube, MySpace, or Facebook, and then submit their audition using the online form by Thursday, February 9, 2012, 5:00PM (EST). The panel will judge the audition tapes to decide the lucky winners who will get the chance to show off their singing skills in front of their family and friends with five Broadway stars and an all-star New York band.

Winners will be announced on Friday, February 10, 2012. Winners will receive notification by email or phone.

Note: Specific audition and winner selection guidelines may vary for specific performance venues. Please review the submission guidelines and rules below and visit the venue’s website for information.

All audition video submitters will be entitled to a discount on any price level ticket to Neil Berg’s 101 Years of Broadway at the San Jose Rep on Wednesday, February 15, 2012, 7:30PM.

1) This is an audition, not a contest or sweepstakes.
2) Submission must be 90-120 seconds long and posted to a Myspace, Facebook or YouTube page. The audition must be submitted using the link on this page no later than Thursday, February 9, 2012, 5:00PM (EST).
3) Entrants must be at least 13 years of age to submit their video.
4) Winner(s) and runner(s)-up under 18 years of age must be accompanied by a parent.
5) No purchase is necessary. Winner(s) and runner(s)-up will each receive a pair of complimentary tickets to the show.
6) All winners must arrive at the theater three (3) hours before show time the day of the show, appropriately dressed, and stay for the whole production. The producers of the show reserve the right to exclude anyone who does not meet these criteria.
7) The runner(s)-up will perform as part of the ensemble in one song during the show.
8) The winner(s) will sing a short solo in at least one song in the show.
9) All audition video entrants will be entitled to a discount on tickets (some restrictions may apply) to the performance of Neil Berg’s 101 Years of Broadway at the San Jose Repertory Theatre on Wednesday, February 15, 2012, 7:30PM.
10) Winner(s) and runner(s)-up may be asked to do interviews for local media.
11) All submitted videos will become the property of Left Field Productions and may be used in any appropriate manner to promote the “Singing with the Broadway Stars” platform. No submissions will be sold.
12) Some guidelines may vary for specific venues.