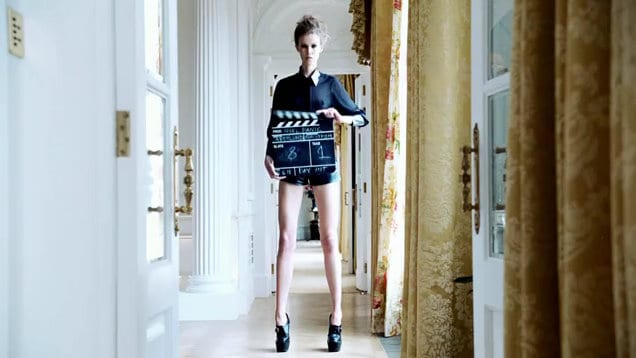 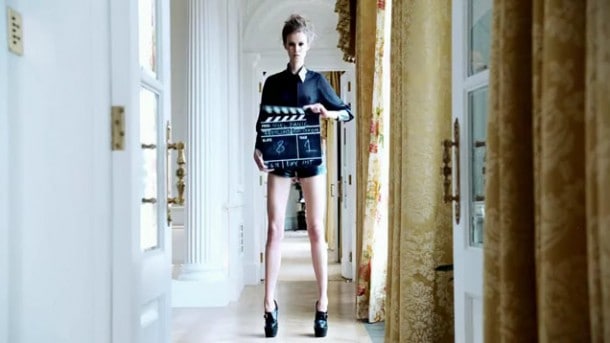 Well, sort of. More like Girls on Film… again.

30 years after you’ve conquered the pop world, what do you do for an encore? Why, of course, you pile on french-kissing supermodels, prancing about in lingerie, in glitzy London locales; shoot a slick video (with gorgeous direction by Jonas Akerlund that indeed feels at home on Vimeo), in parts black and white, and hope that a shallow ginger such as myself tunes in. It worked for Girls on Film, but will it work for Girl Panic!, Duran Duran’s latest single?

I admit it: on at least one occasion (in Hull, Quebec of all places) I wore a skinny leather tie tucked in (very important that, for the Rio look) to a long-sleeved blue (silver?) shirt. We didn’t have the yachts. We didn’t have the supermodels. We didn’t quite have the coifs (despite extended head-upside-down sessions with the Joico spray). But we had the fashion dogma, even if it looked more Ross than couture.

It’s a stunt that only these Brits–and possibly Robbie Williams, who, co-incidentally, put the “brit” in celebrity–would attempt.

This is a band that’s all too aware of their place in pop culture history; though even attempts at self-deprecation still come across somewhat as art house vanity projects. Not that I mind. Music occasionally needs the superflous, the fashionable, the silly. Without them we’d be left with REM and Coldplay.

PS – you call this a video- where’s the boxing ring and whipped cream?!