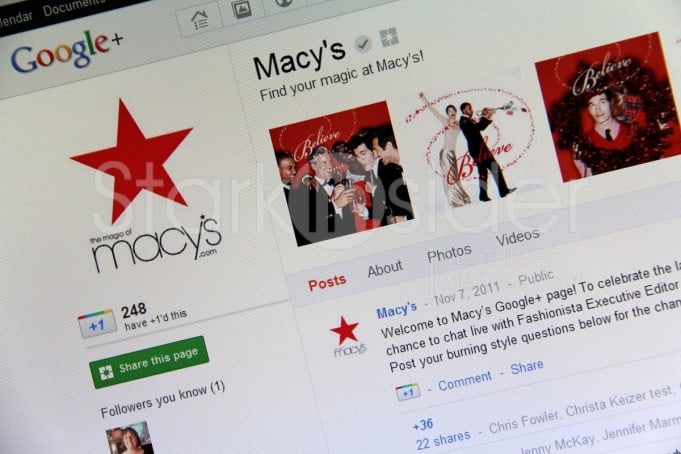 I’m having flashbacks this morning. Corporate users of Google+ brand pages, launched yesterday, are already complaining; specifically about the lack of admin controls. For instance, a page can only be owned by one individual. Unlike Facebook,  no feature exists that allows multiple employees to manage and update a company’s presence on G+. What happens when that person leaves the company or changes roles – how is the account/G+ Page transferred?

Some are suggesting that Google has dropped the ball again (see Google Reader refresh, new Gmail interface and problematic iOS Gmail app), rushing Pages to market in order to open up a potentially lucrative market for brands and ads – just as Facebook has done before it.

Reviewing the barrage of complaints leads me to believe that Google might not have completely understood the voice of the corporate customer. Its needs are markedly different than those of the individual.

As I thought about the problem a few things came to mind:

Twitter accounts can only be owned by one individual with a single email address (at least as far as I know). Yet, large brands are successfully represented, and companies have found ways to employ processes and systems to ensure adequate control.

2. To Google’s defense, doesn’t the burden of administration and control fall on the shoulders of the company’s users?

There are a lot of accounts beyond just G+ that have one user id and password, that must be shared across an enterprise. Google is providing the tool (perhaps feature deficient at this point), the company should provide the process.

About that flashback I mentioned: In the 1990s webmasters ruled the land. They held the keys to updating a company’s website. When I was at Cisco, that guy was based in Australia. If he was sleeping, that web update or new product line we wanted to bring to market would need to wait until after he finished his shower. Peng Ong, the founder of Interwoven, told me at the time that “Companies were hitting the web wall.” It became a well known expression, alluding to the fact that it was impossible for a business to scale its web presence without a system that could support an organization – not just an individual. And… the Content Management System (CMS) was born. In this cloud, consumer-centric world it’s hard to imagine, but back then it was a white hot market segment with start-ups like Interwoven, Vignette, Documentum taking orders as fast as they could write them up. All so that the Gap, Coca-Cola, American Airlines and the rest of the Fortune 500 could get to the web, and fire up the e-commerce profit engine.

Now it could be deja vu all over again. Instead of web sites, companies are trying to manage their presence on social networks. There are a lot of tools out there to monitor conversations, to track mentions and trends. But is it time for a social CMS?

But the relevant question might be: Is Google+ already dead?