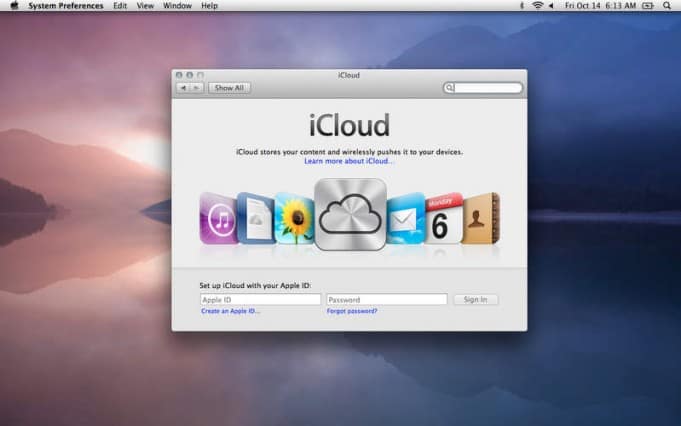 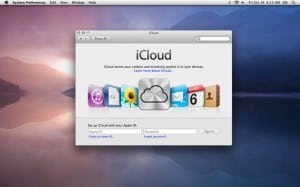 …and I feel fine. I gave the much discussed, scorned, loved iCloud a spin this morning. It was much slower going than I had hoped, as my MacBook Pro had to go through a software update first. Although I’m quite sure it didn’t take as long as the Lion OS X update this summer, it sure felt like it. After a reboot, a robust shot of espresso I was ready to go and greeted by the iCloud login screen.

Regarding the cloud in general, I’m a huge fan of the concept. Ironically, we’ve seen this, done this. In the 70s it was client-server computing. In the 80s it was remote hosting. In the 90s it was… well, it was: the Internet! In one shape or form, we’ve been logging in to heavy metal for years, it just takes on new names. However, I think with the cloud, this time it really is different. While I was waiting for my MBP to upgrade I read some articles and came to the general conclusion that, yes, we are entering a new era of non-computer computing. Aside from speciality applications, desktops are pretty much dead. With the emergence of uber smartphones, and slick tablets (i.e. the iPad) soon the laptop will also join Elvis as a living/dead pop culture icon.

Back to iCloud, then. 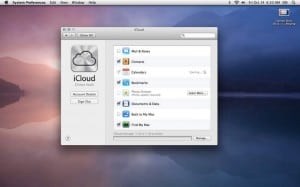 I entered my credentials, and was then presented with a tick list of items to sync. The idea being that all of my data — calendars, photos, music, email — would be automatically synced across all (Apple) devices. There is also an iCloud Control Panel available for Windows users. One thing that I don’t: in order to sync the calendar I need to deactivate the Google calendar sync. This can’t ever happen- I rely on it too much, so I won’t be using that service anytime soon. The dashboard indicates I have 5GB available- you can buy more storage if needed (10GB/$20 yr, 20GB/$40, 50GB/$100). I don’t have a “.me” email account. Again, I prefer Google and Gmail so I won’t be syncing email either. I have no idea what “Back to my Mac” is, nor was there any explanation. I ticked it anyways, figuring I’ll learn soon enough about that option.

So far, so good. Setup was a breeze, and I also like the fact that “Find my Mac” (aka “Find Clint”) service is activated as part of iCloud.

And, well, that was that.

Pulling up iCloud.com in a browser enables you to see all of your information. When I logged in with my Apple ID I could immediately see all of my contacts there. I din’t see any icons for photo browsing so I assume you can only get to those on an iPad, iPhone or Mac.

On to the iPad…

First: software upgrade. iOS 5 – over “200 new features.” Bring it! The 700MB takes about 5 minutes, and requires a sync to the MBP via a cable. Then there’s a backup. That takes a few lifetimes (and brings the Mac to its knees).

When it was mercifully complete I was able to see my contacts on the iPad as well. In order to sync presentations, documents, or spreadsheets you’ll need to use Apple’s respective iWork app; Keynote, Pages, Numbers – each $9.99. Again, this won’t happen around our office, as we’re all in on Google Apps. Photo syncing may be the most useful feature of all. Snap a photo with your iPhone, and you’ll find it on your iPad and other iCloud enabled devices. That’s pretty handy for those who work a lot with photos, or enjoy sharing momentos on that last vacation with family and friends. Note that you need to move photos into an album for them to be retained permanently.

I’ve read several horror stories about iCloud. I’m sure there are hiccups here and there, and I know Apple can’t wait to finally pull the plug on MobileMe, but during my testing at least (woeful upgrade and backup times aside) the service worked well. Very well, actually. These are amazing times. The combination of social networking with the cloud represent a fundamental transformation in the computing paradigm we’ve known so well for the past few decades. There will be continued (and legitimate) trepidation around privacy, but in the end we’ll feel fine.