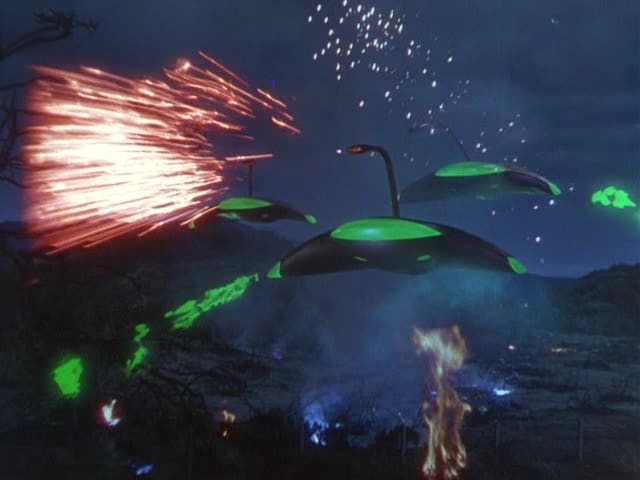 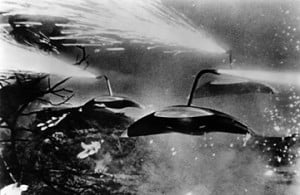 Okay, let’s dispense with the formalities and admit this is fun, juicy stuff, this Ellison vs. Benioff skirmish. Sure the East Coast has Jersey Shore, but we have Dancing with the Cloud Stars. I like when Silicon Valley occasionally reminds us all that it knows how to smirk. Yes, saving the world with Oracle’s “Exalytics Intelligence Machine” (more on that in a sec) could be noble and all that, but Twitter-fueled arm wrestling between two of the valley’s more colorful personalities for the enlightened… perhaps.

And, of course, these guys love it. Give me my million back, I’ll take my dreamy keynote to St. Regis. Bagels and Clouds for all!

If scaling, data redundancy, security don’t get you excited, then how about a good old fashioned war of words?

This is how it used to be. Testosterone and ego fuel growth here, just as much as meritocracy and intellect. Then, at least you knew where everyone stood. Ellison over here, sucking the world’s yellow pages into a massive (and then trendy) Oracle DB. Gates over there, then a demon, turning mainstream America into shrink wrap lemmings. Jobs, well… insane, baby! Then, like now, winning was the game – but, there was always that smirk, that admiration. There’d be grudging handshakes, and half-smiles.

Interesting, that in this age of transparency (i.e. the disintegration of privacy) today’s younger leaders at the nextgen tech giants like Facebook, Twitter, Amazon choose the passive aggressive approach. They’re more likely to profess love for all, parasail, then head to Africa on a mission. Here, obfuscated Tweets and patent lawyers are your boxing gloves of choice. Droll, very droll.

We already know who wins… both of them. This is the art of the Silicon Valley publicity stunt. Crazy crap by day, drinks in Woodside by night.

Part of me does wonder, though, if Larry’s got the chops still for these duke-outs. That I would doubt God himself is risky business, sure. This is the guy that used to roll other people’s mainframes across parking lots in the rain so he could get a jump on the competition.

And… that “Exalytics Intelligence Machine”