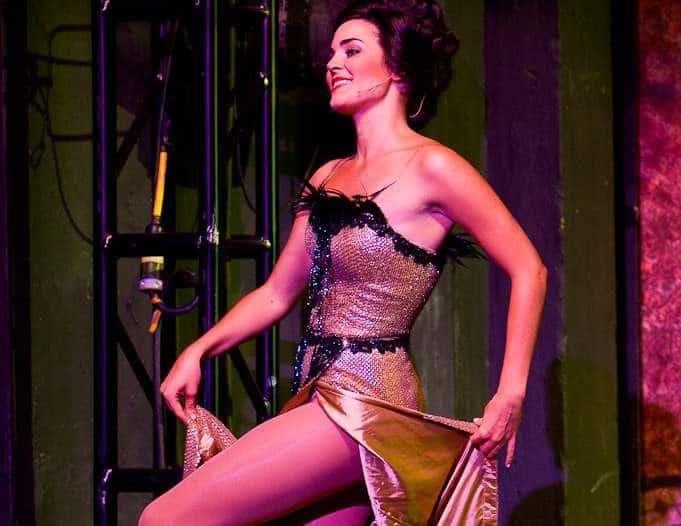 Roughly a year ago, when reviewing Little Shop of Horrors, I spoke about why seeing different productions of the same show provides depth and perspective. While everything I said then remains true, I left out one of the most critical reasons seeing multiple productions is important: you just might see it done right.

Until Broadway by the Bay’s production, Gypsy never did much for me. After all, who wants to spend time with people who are both unlikable and uninteresting – especially when the story involves screeching, self-absorbed children? However, this Gypsy was so different that it forced me to think about why it worked where others failed and why Frank Rich of the New York Times calls Gypsy the “the great American musical.”

Gypsy presents the character Rose (Heather Orth), who lives through her two daughters, shuttling them through a nonstop vaudeville tour, determined to make a star out of at least one of them. Her troupe’s popularity followed the downward arc of vaudeville, until daughter Louise (Samantha Brooks) ends up in burlesque, leading her to a different kind of fame than Rose dreamt of. Along the way, Rose loses daughter June and Herbie (Walter M. Mayes), a truly decent man. The catch here is that Rose is a craven, grasping character who dehumanizes those who fall into her web of overcompensation and fantasy. There is no real redemption for her, as the story’s finale finds her creating yet another mythology to fulfill her tawdry dreams. However, throughout the play, some part of her remains vital and appealing to be a plausible match for Herbie.

Virtually all of the Roses I’ve seen fall on one side or the other. If she’s entirely craven and grasping, Herbie is reduced to a third wheel who has no integrity of his own as a character. If she has too much appeal, the spark that drives the show fails to ignite. Heather Orth played this right down the middle, enjoying a playfully charged banter with Herbie, yet revealing a chilling black-widow-spider self with the ironic “Everything’s Coming up Roses” and “Rose’s Turn.” Orth brought both of these sides to the audience, creating a multi-dimensional Rose, unlike any other. Orth gives us a Rose with a life force and imagination that is just as powerful as her self deception. Kali-like she destroys and creates.

Walter M. Mayes was also performed brilliantly, bringing an authority to his character simply by being the only one who seemed comfortable in his own skin. He is Rose’s polar opposite, realistic where she’s delusional, caring, where she’s merely narcissistic. He’s the one the audience looks to decode this bizarre vaudeville troupe. 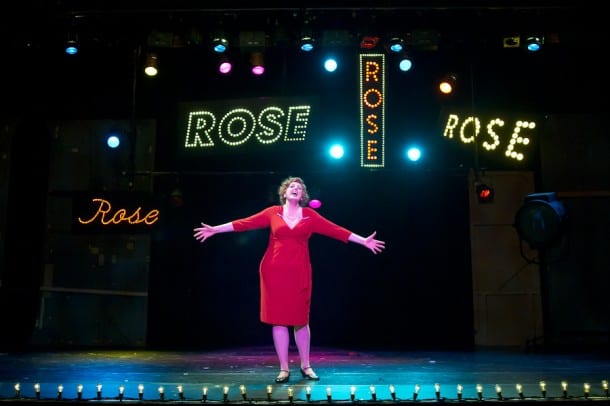 My only nit for the night was that the transformation of Louise, from tomboy to burlesque queen, was unconvincing. Samantha Bruce makes for a perfect adolescent and a stunning ice queen ingenue, but the transition between the two lacked authenticity. Time and time again, we saw her cheerfully settle for second best, with unquestioning adoration of her mother. This was excellent for what it was, but a touch more skepticism might serve her well toward making this transition.

The Fox Theatre in Redwood City is a fantastic venue, drawing an audience completely unlike most others on the peninsula. The buzz begins outside, walking through the crowded street, into a venue packed with people of widely different ages. I still haven’t figured out why Broadway by the Bay is so consistently excellent, succeeding where most other theatre groups on the peninsula doing comparable material merely overreach – but that will be for another review.