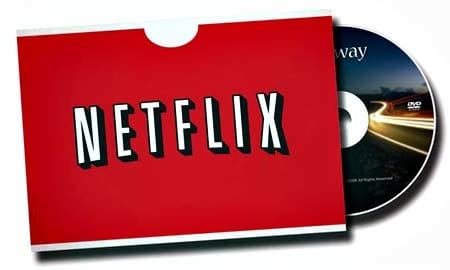 Here’s why I think Netflix is spinning off the DVD rental business: it’s an economic dinosaur. While it’s still far from extinct, the writing is on the wall. The move to the streaming web is well under way. People are not running to replace their DVD players, and companies that have significant exposure to a dying markets like physical media need to divest. Like Netflix did with its newly minted Qwikster. Despite the cutesy name (don’t people just love brightly colored dinosaurs with cute names?) with this brand split I believe Reed Hastings and the board are dumping baggage.

About those Netflix financials…

The DVD business stinks. Fixed costs are high; DVDs are costly to mail, prone to scratches, and are often likely to “get lost in the mail.” Also, innovation is really difficult. You can only optimize a mail room so much. It’s a logistics business. And we know those are best with scale. But the DVD market is shrinking. This doesn’t sound like a good investment long-term.

On the other hand, streaming bits and bytes and charging tolls is a dream. Margins are high, and the delivery is easy once the technology is in place.

Ultimately, the physical part of the business will pose too much of a burden on the digital part. In some ways, Netflix DVD is quickly becoming the next BlockBuster. Cut it loose already before it brings the entire company down in the form of financial drag.

Then there’s culture. I’ve been on both sides of acquisitions. At Cisco we bought up tech in the late 90’s probably more often than we washed our hands. Then at Interwoven I saw how hard it could be to assimilate even the smaller 30-person software operations. When EMC (East Coast) bought Documentum (West Coast) in 2006 I learned first hand what the word corporate “culture” really meant, and why it mattered.

So, here’s another good reason for the spin-out: skill sets for the physical side (Qwikster) are vastly different than the digital (software) side (Netflix). The former is labor-intensive and is best outsourced, and would appear more likely to resemble a USPS center. By comparison Netflix is a software company — though it streams products to consumers, its IP lies in patents on recommendation engines, serving technologies, ratings systems, search algorithms, API (released in 2008 and used by The New York Times and Rotten Tomatoes, among others). It resembles a classic Silicon Valley tech company. Interestingly, I’m betting that part of the deal is to have Qwikster license Netflix capability; surely it wouldn’t reinvent all that… or would it?

Marrying those diametrically opposed DNAs is a difficult thing for any leadership team. The new CEO for Qwikster needs to know logistics, operations. Efficiency expert. But I wonder who in their right mind would want to run a company that is set-up to fail?

Netflix, of course, already has a great leader in founder and CEO Reed Hastings who has fostered a standout culture. His laser focus on employee pay (it’s well above the valley average), meritocracy, and competitiveness, while not exactly unique concepts here, have turned the once tiny Los Gatos firm into a publicly traded market leader.

And then there’s that new style of bloggy, humble executive communication…

Google started this trend, the blog style announcement. It’s clever. It looks very personable, and even at times it can appear humble. Press Releases are so 2006. And so now product news are typically broadast via blog posts. Ditto with Netflix. This morning’s email from Hastings read a bit like an ah-jeez-shucks sort of deal: “For me the Netflix red envelope has always been a source of joy. The new envelope is still that lovely red, but now it will have a Qwikster logo. I know that logo will grow on me over time, but still, it is hard. I imagine it will be similar for many of you.”

Also it was quite apologetic in tone. Losing a million customers will do that to you. He’s trying to make amends for the poor communication around the recent price hikes that caused a virtual DVD burning across social networks everywhere.

I admit, it is refreshing to see this kind of open communication, warts and all. But I’m also keenly aware of the old ropey-dope, and am not likely to confuse this with “transparency” any time soon. Nor should we really expect that. Financial transparency, yes. Good customer communication, yes. But I don’t need to be your buddy necessarily, as much as I love Netflix (I ditched satellite for Netflix/Hulu combo) … even if I don’t get it in a red envelope.

According to some reports, approximately half of its customers use the combo streaming and DVD plan which means Netflix will now be asking customers to use different services, and likely with different logins and payments. Will customers jump ship? It’s possible. Any time you ask customers, especially irate ones, to jump through hoops, you’re facing an uphill battle. At this point, though, I’m not sure there’s a viable competitor out there that can scoop up the dissidents.