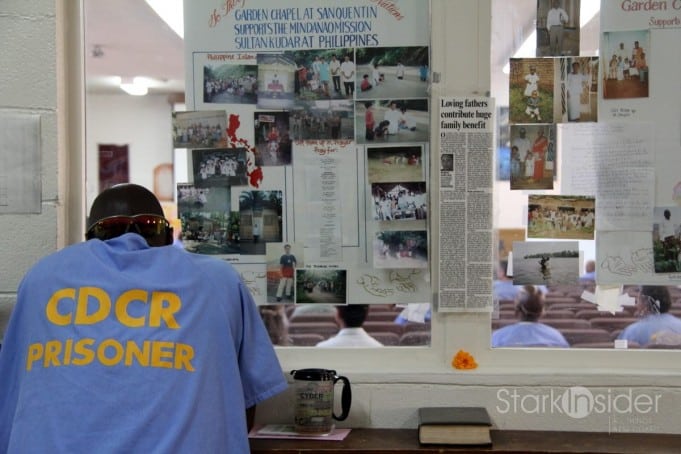 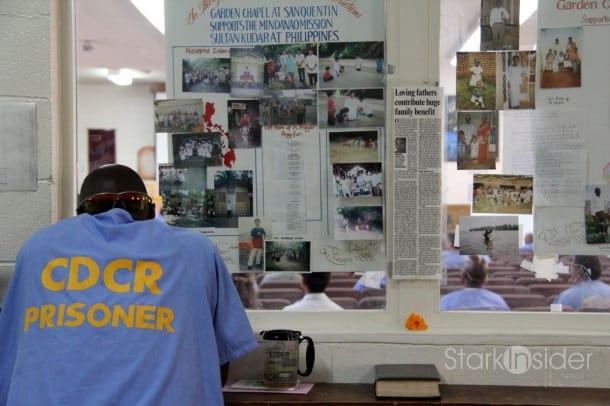 Don’t miss the behind the scenes video and outtakes from San Quentin: visit the Stark Insider Facebook page for an inside look.

It was an emotional performance, and one that will go down as such in my memory forever. Inmates at San Quentin performed Shakespeare’s Twelfth Night, an annual tradition in partnership with Marin Shakespeare Company. The standing ovation at the end of the play was moving, and well deserved. No matter how you feel about these people, it was a moment for them to perhaps find some form of redemption through the arts, through performing.

San Quentin, a maximum security prison located on the Bay, just a stone’s throw from San Francisco, is the oldest prison in California (1852).

We arrived — admittedly with some butterflies — and were in immediate violation of the dress code: no blue jeans. I was amazed at how hospitable the staff were, and we immediately found ourselves in MC Hammer-inspired flare pants. Later, we had to keep reminding ourselves to not run (another faux pas) as we’re wont to do on these Stark Insider segments.

Backstage, before the performance, we mingled with inmates who gave some pretty heartfelt interviews. There were several serving life sentences for murder. Others were in for drug-related crimes, burglary.

However, on this day, they were performers, actors. It was magical demonstration of the power of theater and how it can unite, help us understand the human condition. As one inmate told Loni, “It keeps me from going insane”. 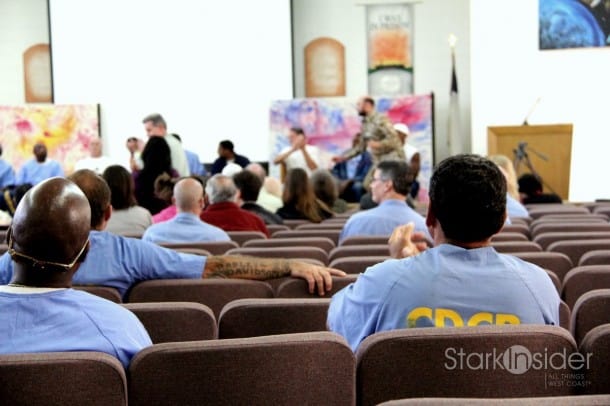 The performers spent 10 months rehearsing, and thanks to support from the Marin Shakespeare Company, it was thoroughly entertaining.

In the past I’ve been single-minded when it comes to crime. I’m not sure how my viewpoint will evolve. Regardless, I feel conflicted. Here we were, just mingling as we always do when we interview performers — be it at SF Playhouse in San Francisco, Aurora in Berkeley or SJ Rep in San Jose. The only difference was the prison-sanctioned uniforms, and the fact that these guys were paying their debts to society.

For a preview video INSIDE SAN QUENTIN – visit the Stark Insider Facebook page.

There’s more to come, including a review of the show, and a special Stark Insider TV segment that we shot (and I am so thankful that SQ staff were so accommodating in pre-clearing that for us). For now, here’s that remarkable day in photos. 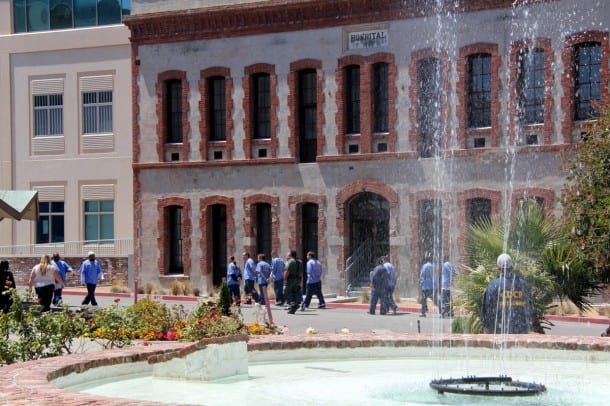