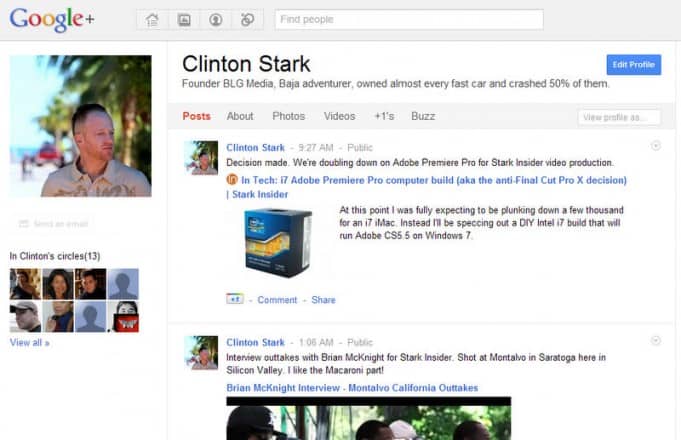 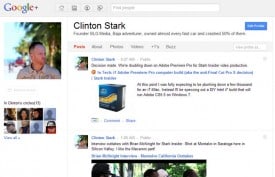 Let’s face it. Google+ is Facebook. But with bigger fonts, larger photos, and less people. Although the new social network is estimated to hit 20 million users by week’s end, it won’t matter if Google can’t ensure it hits critical mass. That means getting beyond the early adopters – the technorati, geeks, and nerds already singing its praises.

I hope Google can pull it off. I’d like to see Google+ succeed wildly. Here’s why.

Monopolies are never good. Facebook has the biggest in the history of tech (Apple is a close second with the iPad)

Back in the day we had Ma Bell. AT&T. It was big, charged a lot. We consumers were forced into a corner, and then prodded with a money making poles. It wasn’t fun. Then de-regulation hit. Life was sort of better. We were still poked here and there, but will smaller sticks. Monopolies and oligopolies can do that. Been there, done that. I’m not suggesting that Government regulation is required. Far from it, thankfully. Tech is a mighty different place now. It’s fickle. No one wants to get MySpaced. As we’ve learned it can happen. And when you have Google, Amazon, Microsoft chasing you down, you can never sleep well.

Choice is good for consumers

A one-size-all social network approach is surely not going to work long-term. I believe that MySpace will make a comeback. It will be much, much smaller. Likely it will be specialized and focused on music and entertainment where it appears to have a loyal following. In the next decade we could see 3-4 large social networks exist… maybe. Choice is good, but repetitive status updates and tiring administration on multiple sites is not. In the future, just as we decide to run Windows 7, Mac OS X, or Ubuntu, we could be making a commitment to one social network. And it might not be Facebook.

Remember the World Wide Web era when Internet Explorer was the only game in town? It was a grey web. Bleak, boring, bland. Then along came Mozilla, Firefox, Chrome, Safari… Now what do we have? Dynamic sites. Apps that run in browsers. A transformation. Facebook has shown great ability to innovate when it comes to making money. Nothing wrong with that. But if no other offering threatens its market share, we’ll see more money making schemes and less new ideas.

So, will Google succeed with Google+?

I have my doubts.

The third time could be the charm, but it’s been a rocky road for the search giant to crack the social networking code. Wave. Dud. Buzz. Dud. My early days on + remind me of Buzz. I post a few things, click some buttons, scrutinize the feature set and design, only to never return. As I referred to Buzz last year: “it’s like being in the basement of the computer science department.” You know, the brainiacs are here, but the cool kids are outside playing in middle earth. Let’s hope that doesn’t happen with this new network.

The biggest obstacle though will be convincing everyday Harrys and Sallys to spend the time and effort to essentially duplicate what they’re already doing on Facebook. Why bother? Because of circles? Come on, now, that’s a feature — albeit slick — not a lifestyle.