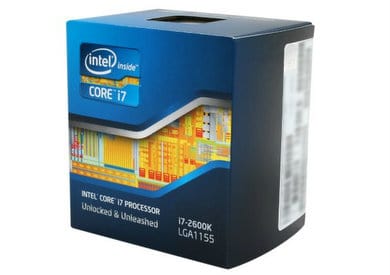 There was a point I was contemplating “the switch.” A few months ago that possibly meant — brace yourself — switching from Adobe Premiere Pro to Final Cut Pro X. I know, I know. Blasphemy! Don’t forget, though, that Apple wowed the crowds earlier in the year with some pretty sexy previews that produced several oohs-and-ahhs from a roomful of editing pros. But, as we all know, the real story was yet to come.

So now my Should I Stay, or Should I Go sojourn has come full circle. I’m doubling down on Premiere Pro. Having used the platform for several years for our vids here on Stark Insider, and having put so much effort into learning the nuances, I wasn’t exactly looking forward to starting anew. The poor showing by FCPX pretty much put an exclamation mark on the decision.

At this point I was fully expecting to be plunking down a few thousand for an i7 iMac. Instead I’ll be speccing out a DIY Intel i7 build that will run Windows 7. It will go into service as a dedicated media station, primarily used for Premiere, Photoshop and Illustrator. The older Quad-Core system in the office — still quite serviceable — will be used for web surfing, cloud stuff, and administration.

So, then: What is the best ground-up computer build for running Adobe Premiere Pro? (note: budget ~ $2,000)

To find out what I’m thinking, read on for the complete parts pick list.

First, we’re building on an Intel i7-2600K Sandy Bridge processor. It’s not the top end, but more than enough for my needs, and comes in at just over $300, very reasonable given its performance.

I plan to use a few SSDs. One will be used for Windows 7 boot only. The other is for apps, and also a “scratch” disk for Premiere Pro files. I plan to use 7200RPM drives for media storage. At this point I’m not opting for any sort of RAID configuration, although I may revisit that down the line. I’ve read that it can greatly help throughput.

I should note that I’m quite certain that on the old system, the biggest bottle neck for performance was the hard drive. Many times I could here it chugging away when I loaded a new PP project and the timeline was being populated with clips — painfully slow! Scrubbing too seems to be inhibited by slow drive throughput.

I’m going NVIDIA here. It’s the obvious choice given Adobe’s support of CUDA acceleration. Here, again, I won’t bust the budget, and am considering the GTX 570 series (Fermi) which is third highest line from NVIDIA, coming in at the $300-400 range.

Here’s the complete parts list. These are Newegg links where I plan to buy the system from:

These are just my preliminary ideas for this build. Many of you I’m sure will know better ways to achieve maximum performance within this budget. Over the past few weeks I’ve researched online and in some of the forums, and I hope I’m on the right track.

I welcome all of your suggestions!

Regarding Final Cut Pro X, let me add this: Apple will get it right. In the next few releases I expect them to address a majority of the criticism. And once we get used to the magnetic timeline (is it possible?) and some of the other new features, I predict the world of NLE could be forever changed. When that happens, I’ll be pining for Adobe to add all of this whiz-bang too in CS 6.