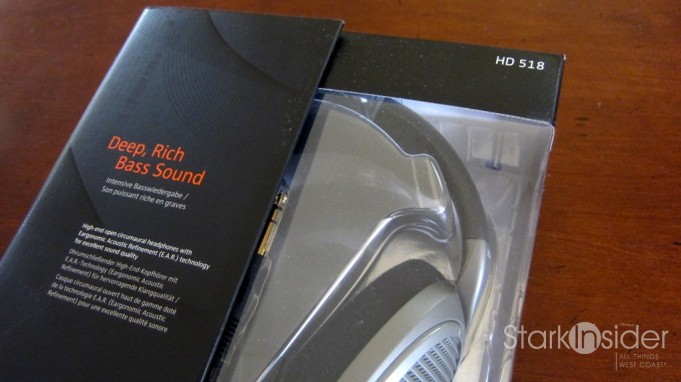 Quality headphones can make a world of difference. The one thing I highly recommend if you’re at all interested in serious sound is to chuck the headphones included with your MP3 player, smartphone or media player. You might be surprised how much better everything sounds. Case in point: these new Sennheiser HD 518 headphones. A mid-range offering ($179.95) they offer near audiophile quality at a decent price.

I spent a few weeks with a review unit, running them through a gamut of listening tests. Everything I threw at it sparkled. As much as I tried I could not find much to fault in the sound quality.

American Idiot by Green Day — a brilliant modern day rock opera — sounded magnificent. After listening to the album so many times using in-ear headphones, and also with my trusty Sony MDR-V6 phones, I was surprised at how much more nuance I could pick up in the mix. “Give Me Novacaine” glides smoothly, with light drumwork overlaid nicely with Duane Eddy-like chords before blasting into Billie Joe Armstrong’s full cacophony of punk.

Likewise, sound was detailed and balanced on tracks from Bizet (London Festival Orchestra), Harry Conick Junior’s We are In Love. Tee-ing up Gaga’s Born This Way, I wondered if things might at all get muddy what with this wicked synth circus (and, yes, it is Madonna 2.0!). The result: fantastic. The bass is there, but it’s not thumping your skull and distorting the rest of the mix like so many of today’s bass-happy headphones. As a result the middle of the mix, including all those cool effects and synth tricks don’t get lost. Also, any notion of “tinny” sound in the upper range was quickly discounted as the highs are kept in check. 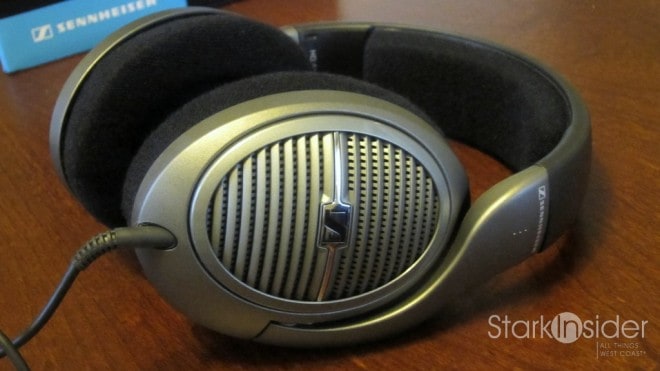 For video editing, I typically use the Sony MDR-V6s. A classic model, they’ve done well by me over the years. During the final pre-production review of Stark Insider videos I use them to monitor the sound mix. Switching between them and the HD 518 was a bit of an eye-opener (note: to be fair the MDR-V6s retail for about 50% less). Stereo separation was far better. And although I was a little taken back by the mass of the Sennheisers (there’s no mistaking them for portables) once they’re in place, completely covering the ears, I had discovered audio valhalla.

Thankfully Sennheiser eschews a coil cord (the most tangle prone in history?) and instead uses a very solid straight copper cable design. The standard plug is 1/4″ (6.3mm) which suggests that these are targeted at audiophiles. if you plan to plug them into your iPod or other mini-jack device (almost all portable devices use a 3.5mm jack), then you’ll need to use the included 1/8″ mini adapter which unfortunately adds a bit of heft to the connector. 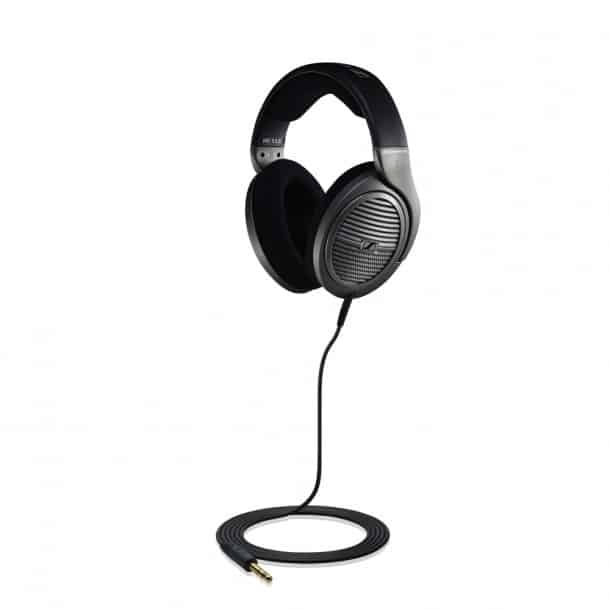 With the HD 518 it’s fair to say Sennheiser has nailed the mid-range headphone with aplomb. These headphones are comfortable, sound beautifully balanced, and easily handled anything I tossed its direction, be it classical, punk, podcasts, and even monitoring sound mixes in Adobe Premiere Pro. The ultimate proof point, though, that these earn the highest recommendation from Stark Insider: I reach for the HD 518s first, while my trusty old MDR-V6s look on, wistfully.

The bad: 3.5mm adapter adds some heft to connector; some might prefer non-cloth ear pads.