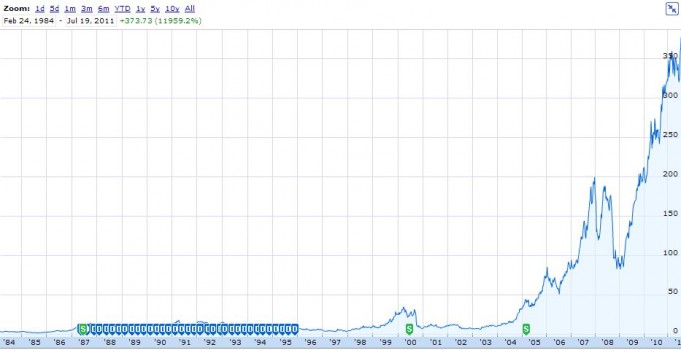 Apple announced earnings today. The numbers are expectedly big. Growth impressive. It’s hard to imagine that this is the same company that almost died a few decades ago. There was the infighting, the PowerPC, the Gil Amelio era (talk about odd couples, that), the sulking co-founders, the pirate flag.

It was a mess.

Now Apple is likely to become the most valuable company in the world.

Oh, and about the so-called Jobs effect … it’s all here in this one chart. Long live AAPL: 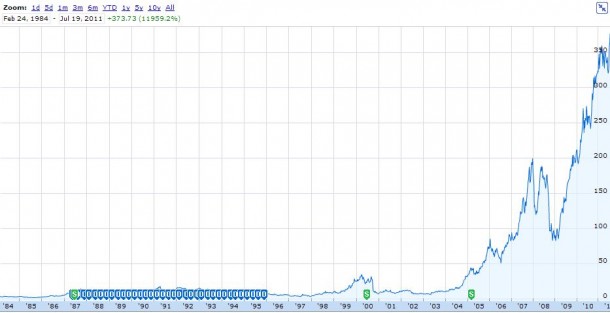