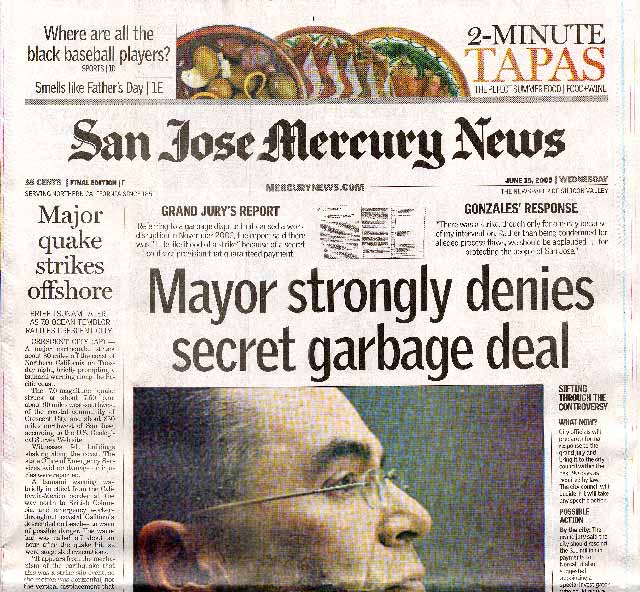 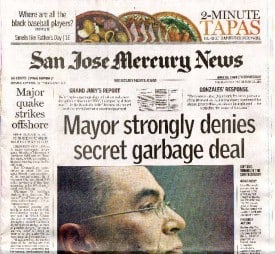 This one actually surprised me. According to the Audit Bureau of Circulations (ABC), the San Jose Mercury News, with 577,665 weekday and 636,999 Sunday comes in at #5 on list of top 25 circulated newspapers in the country. The time period reported was for the last six months ended March.

Once I digested the information, I felt a slight bit of Bay Area pride. Still, we have a notch to go! While the San Jose Sharks beat the Kings, the L.A. Times is still about 30,000 subscribers stronger than the Merc.

The most widely read newspapers have significant leads with the Wall Street Journal (News Corp.) and USA Today clocking in at 2,117,796 and 1,829,099. New York Times is the next closest, coming in third with 916,911 weekday.

Year over year comparisons were unfortunately not available. Apparently ABC changed their methodology. For newspapers this is a good thing. It would likely have been a blood bath of ugly data with lots of minus signs. Up and to the right this is not. However, if the industry can figure out how to turn things like the iPad into consistent revenue streams there could be hope for an industry that has seen its share of hurt over the past few years.

If it’s tough now, I can only imagine when generation next starts reading – but not buying (in every sense of the word) – the news. This is the generation born under a giant Sun made of Freemium Happy Beams. EVERYTHING it seems is free – or at least is free if you don’t mind a little banner ad here or there, which has proved to be a non-issue for almost all of us. Apple, however, gets a pass. They can charge as much as they want. Plus they get the added bonus of being able to reinvent the industry of their choice every 5 years. Ah, it’s tough being number one.

You have to wonder — just a wee-wee bit: do these numbers tell the whole story? Just the term itself, “circulated,” carries itself with an antiquated air. Royalty and tradition: good for weddings, bad for the publishing business.