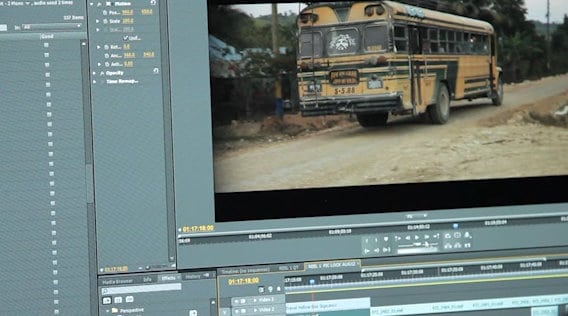 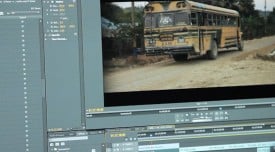 A new version of Adobe Premiere Pro is here. It’s version 5.5, and is available separately or in the Creative Suite bundle (there are other bundle options available as well). We use it for all our video production here on Stark Insider.

The first thing I look for in the release notes is something like “performance improvements” and “bug fixes.”

I have a love/hate thing going with Premiere. When it works, it’s great. The interface, daunting at first, is now like old hat. But then there’s that little bugger: stability. Many an hour is lost in our “studios” as we wait for the computers to reboot after crashes. Or sometimes just wait, wait, wait while the hard drive chugs along doing who knows what. Not all our time in the studio is necessarily well spent unfortunately. Luckily, with CS5 things improved dramatically. Crashes occurred less often, and typically only when we loaded large projects (20GB+ of content). Even then for the most part CS5 has been robust.

What I like about these dot upgrades is that it typically means the development team spent less time on new features and more time on fixes and small improvements (and, in this case, new pricing models). I’m all for new features of course, but these days stability and up-time are critical for keeping our business moving forward.

I should note that as you may have read, Adobe is now offering a subscription option. I say genius. Those that can’t stomach forking out thousands of dollars for the full package now have a much more palatable monthly fee. $39 per month (with 1 year commitment) will get you the entire Premiere Pro (the entire Master Collection goes for $129 per month). Not a bad deal. The move by Adobe — if just a tad late — is in line with the current trend of cloud computing and leased software (see Amazon Web Services for an extraordinarily successful example, albeit pay-as-you-go).

There are 12 top new features highlighted in the notes, enough to raise our curiosity, but not enough to catapult it (along with the rest) to a major 6.0 release. Cynics may rightfully suggest it’s the annual upgrade gouge. Me? I prefer to welcome all of it, one juicy bit of improvement at a time:

Is it worth the upgrade?

For me, it’s almost always a yes, and once again it’s the case here with Premiere Pro 5.5 – if only because, like I mentioned, I’m always in search of improved stability. Time is money. And when I need to wait for anything – waiting for clips to render, importing raw footage into a project, chilling a Chardonnay – it drives me up the proverbial Facebook wall.

other new and changed features in Adobe Premiere Pro CS5.5, with links to more information