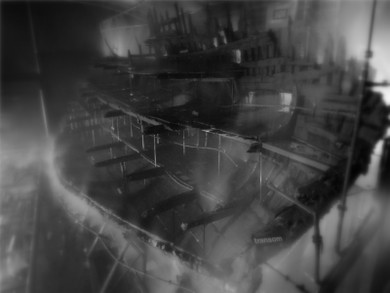 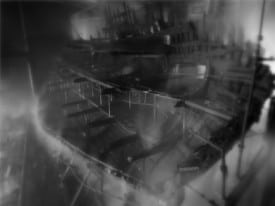 The Sultana is America’s worst maritime accident. An explosion aboard the steamship killed 1,500. Most were POWs returning home from war. Yet for some reason, perhaps because there were other significant headlines in April 1865 — the surrender of General Robert Lee, the assassination of President Lincoln, the end of the manhunt for John Wilkes Booth — the disaster receives surprisingly little historical attention.

One of the most complex and expensive projects in the history of maritime archaeology was the 1982 recovery of the Mary Rose, an English warship. Over 22,000 diving hours, or almost 12 man years, were spent on its excavation. Among one of the musical instruments recovered was a Tabor drum.

I know all of this because Tony “The Tornado” Talvis knows it. And as we make our way through the buffet line outdoors next to the Inn at Loreto Bay I’m getting a riveting first-hand lesson in the history of shipwrecks.

“Do you know what a Tabor is?” he asked me. I told him that while my friends made their way to the ice rink and pursued dreams of the NHL, I took clarinet lessons. But I didn’t know the Tabor. He then eagerly demonstrated how the sailors might celebrate and enjoy it on deck — to reinvigorate their spirits or possibly to be used as rhythm while rigging or working the capstans. It was quite the spectacle watching this former boxer jig about while balancing a plate of burritos, black beans and rice.

Little did I know it was the beginning of a beautiful thing. Or a weird thing more likely. Sometimes I wonder what if… what if I hadn’t happened to be standing next to “The Tornado” in line on that spectacular 2006 evening, the sun setting over the Sierra de la Giganta, the Sea of Cortez shimmering just a few hundred yards beyond the beach to our right. Later I’d realize that chance wasn’t necessarily a factor in our encounter.

“The Titanic. That’s for movies and disaster tourists,” he said with a chuckle just as we reached the end of the line.

I see Loni already working her plate of greens at a table with would-be home buyers. After the bus took us here from the small Loreto airport, we were greeted by smiling faces, spanish music. Within seconds I found myself with a Tecate in one hand and a taco in the other. It was a “sales event” and alcohol and good eats were the most fantastic of lubricants. But for some reason I felt like I’d been here before. Seen that, done that. Was it deja vu? I had been so groggy from the travel that my time-space continuum was stumbling about. It was very Helter Skelter.

There are some short speeches welcoming us to Loreto Bay. Thankfully there are no PowerPoints but there is plenty of exuberance.

And I guess by tread they mean the tread of the construction equipment that will be making its way soon enough across this otherwise barren landscape. Amazingly, building these resort homes — some 5,000 planned over the twelve plus planned years of the project — will actually be better for the environment.  I don’t think anyone really cared on how exactly that could be possible. Instead all of us, my wife Loni and I included, were here to tour model homes, possibly choose a lot and sign a contract to begin building a Baja vacation home. The last thing we wanted to hear were mundane details about  electricity supply, plumbing, and ecosystems. By the end of the first day here you might’ve thought that mangroves could solve world hunger.

Before I re-join Loni, Tony tapped me on the shoulder. He whispered, “Our conversation is not finished Clint. Meet me tonight at Vista al Mar, it’s a clam shack just a few miles down the road. Come alone.”